Coastwide
via The Weather Channel 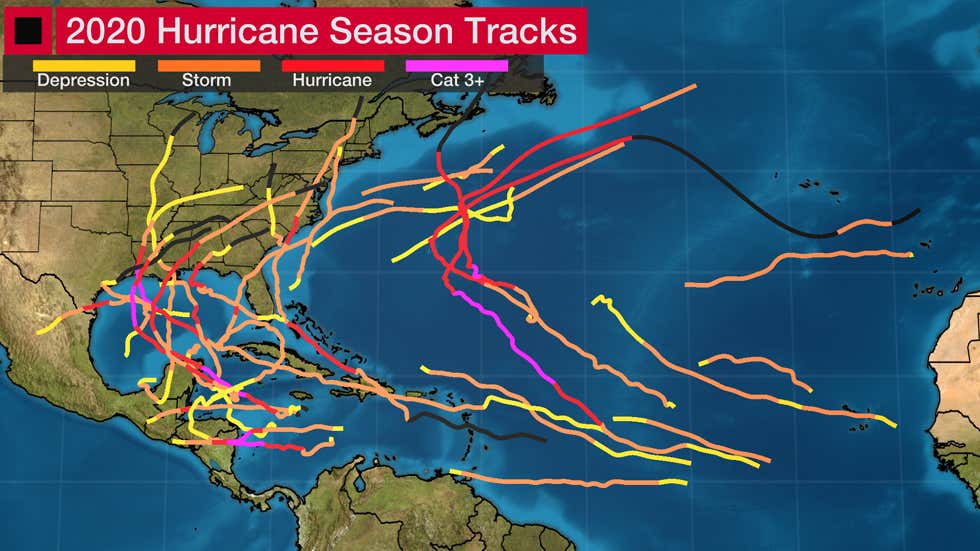 Weather records are set every year in the United States, and they can cover a wide array of extreme conditions ranging from heat and drought to snowfall and cold. In 2020, hurricane season also played a big role in rewriting weather history.

Occasionally, there are records set over the course of a year that leave meteorologists speechless. Here's a look back at 10 of those moments in 2020.‍

The most recent entry on this list is a record-breaking snowstorm that hit the Northeast on Dec. 16-17.

Binghamton averages 81.8 inches of snow each winter season. This winter storm produced roughly half that seasonal average in less than 24 hours. It's also possible the winter storm might have set new 24-hour snowfall records in two states: Vermont and Pennsylvania.

A preliminary storm total of 44.8 inches was measured in southern Vermont near Peru. This total would top Vermont's all-time state 24-hour snowfall record (42 inches at Jay Peak on Feb. 5, 1995), according to NOAA.

Pennsylvania's top snow total was 43.3 inches near Alba in the north-central part of the state. If that total is confirmed, then it would easily bypass the state's current record for most snowfall in 24 hours – 38 inches.