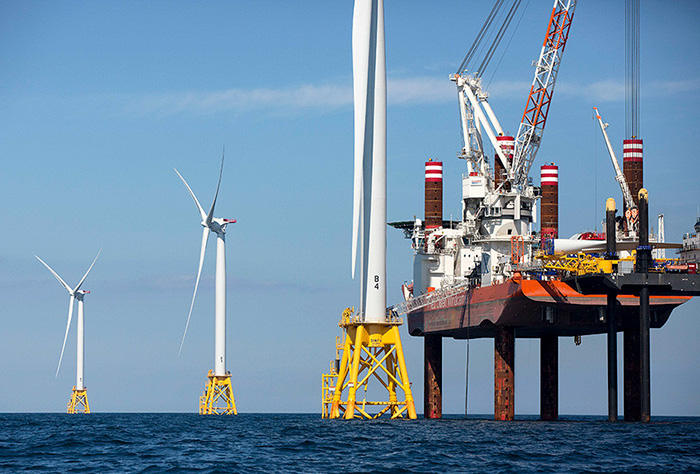 US - What to watch this fall at DOE, Interior, FERC

The Biden administration is expected to make pivotal decisions at federal agencies this fall that could steer its clean energy agenda for years, but its efforts may be thwarted by senior positions that are not yet filled, regulations that are running behind and Congress, observers say.

The administration is backing Democratic efforts to pass a $3.5 trillion budget resolution that would include provisions impacting federal agencies, but it’s not clear whether the votes are there to pass the measure (E&E Daily, Sept. 13).

That puts a spotlight on what the administration may do at the departments of Energy and the Interior to move its agenda with existing purse strings — and how quickly it needs to move this year to reach some of its long-term goals, such as decarbonizing the power sector by 2035. The Federal Energy Regulatory Commission also is weighing policies that could swing whether some Biden plans — such as higher levels of renewables — fully come to fruition.

Whatever emerges from Congress also could transform how energy agencies operate in the next three years.

The working version of the resolution in the House, for instance, includes a Clean Electricity Performance Program operated through DOE. The concept would push electric utilities to replace fossil fuel assets with carbon-free alternatives and has the potential to transform the energy and electricity sectors, analysts said.

As the package faces obstacles in Congress, some of the administration’s existing policies aimed at reducing fossil fuels, such as a moratorium on new oil and gas leases on federal lands, also have run up against legal hurdles.

Still, the Biden administration has made progress this year with some of its stated objectives, such as rolling back Trump-era rules impacting energy efficiency and in advancing renewable energy projects on federal land, observers said. The administration may also clarify its approach to some critical issues later this year, such as how it will address the country’s nuclear waste. But it’s uncertain it will have the staff or meet expected deadlines that would set the pace for the rest of the president’s agenda.

Eight months into Biden’s term, here’s a look at where key energy issues at three agencies may be headed:

Pending congressional action, DOE could find itself flush with cash to help carry out Biden’s ambitious climate change goals — but without several of the permanent leaders it may need to do so.

As one example, the department’s innovation arm — the Advanced Research Projects Agency-Energy (ARPA-E) — is without a Senate-confirmed director. The White House also has not nominated an assistant secretary for the department’s electricity office, and its Office of Energy Efficiency and Renewable Energy has an acting director, as does its Office of Nuclear Energy.

With Biden championing two congressional spending bills that could boost DOE’s coffers beyond an expected increase in the federal budget, some advocates are raising alarm. Both a $1 trillion infrastructure bill that has support from Democrats and Republicans in the Senate and the $3.5 trillion budget resolution package include more spending to boost research on clean energy at DOE.

The White House and DOE declined to comment on the nomination process.

“Every agency across the federal government is trying to get their nominations through the process, and I suspect that [Energy Secretary Jennifer] Granholm and [Deputy Secretary David] Turk are working very hard to get their nominees to the top of that list,” said Jeff Navin, a former DOE acting chief of staff and deputy chief of staff. “It doesn’t help them at all not to have these positions filled.”

Navin noted provisions in the two pieces of legislation that would “require the department to stand up an entirely new organization, and you’re going to need experienced, smart people who understand how to do that.”

The infrastructure bill funds Biden’s request for a new Office of Clean Energy Demonstrations, which would focus on bringing innovative technology to market. DOE would also play a central role in developing a Clean Electricity Performance Program, and its nuclear office could also get a massive boost to focus on deploying advanced reactors.

“If all these pass, it could be transformational for DOE,” Navin said. “But when you are talking about doing big things that the Biden administration wants DOE to do, not having the majority of your senior leadership team on board is a challenge, and it’s going to hinder their ability to do these things.”

With ARPA-E, although the administration isn’t taking any longer to nominate a director than either Presidents Obama or Trump, the division is “very central” to this administration’s approach, said Addison Killean Stark, a former fellow and acting program director at ARPA-E.