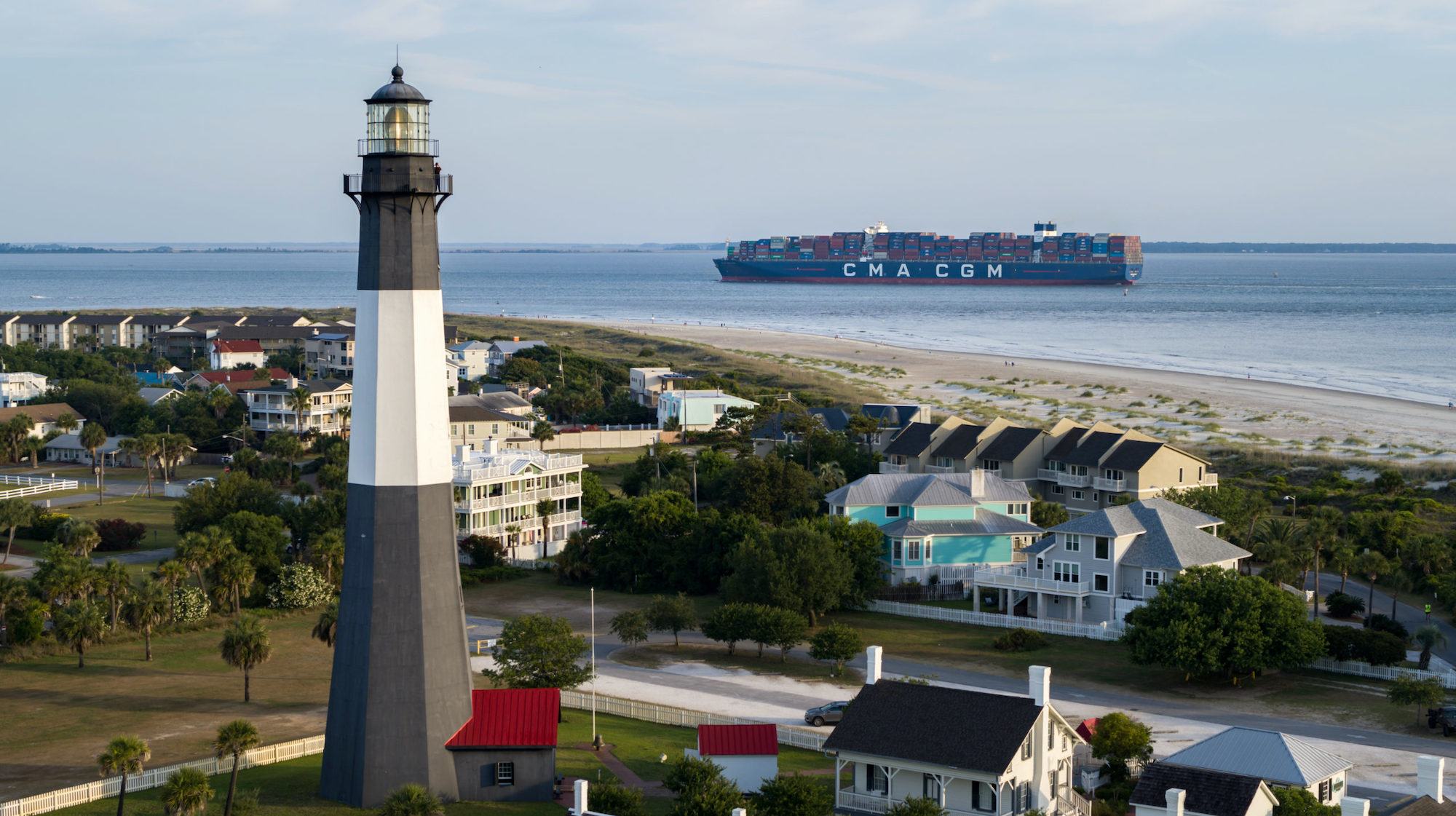 By Brendan Murray (Bloomberg) The head of one of the largest U.S. gateways for trade said robust demand for imported goods will likely be sustained into 2022, as companies scramble to rebuild stockpiles during an uneven rebound from the pandemic.

“We easily see this going through up to Chinese New Year, and there’s a lot of indications now that it could go beyond that,” said Griff Lynch, executive director of the Georgia Ports Authority, referring to the holiday in the first quarter of year that typically is preceded by a rush for ocean shipping. “We talk to our customers every day — they’re telling us they still have low inventory.”

Container ports from Seattle to Charleston, South Carolina, have posted record-high volumes this year, and many are so swamped with cargo that ships are forced into costly delays waiting for space to dock. The capacity strains have pushed ocean-freight rates to levels four times higher than they were before the pandemic.

As of Monday, about a dozen container carriers were anchored outside Savannah’s port, a temporary bottleneck Lynch attributed to a tropical storm earlier this month and now-completed dredging conducted over the past several weeks.

Georgia’s Port of Savannah — the largest container gateway on the East Coast after Newark, New Jersey — handled 478,620 20-foot equivalent container units in May, its second-busiest month on record and more than 100,000 TEUs higher than the volume reached in May 2019. Savannah’s all-time monthly high was 498,065 reached in March.

“As challenging as this year has been with 20% growth, I think we’re doing a great job of keeping up with that growth,” Lynch said in an interview.

Meanwhile, the congestion is worse on the West Coast as an influx of goods from China, Vietnam and elsewhere in Asia overwhelms port terminals, exhausts warehouse space, and strains transportation connections like trucks and rail depots.