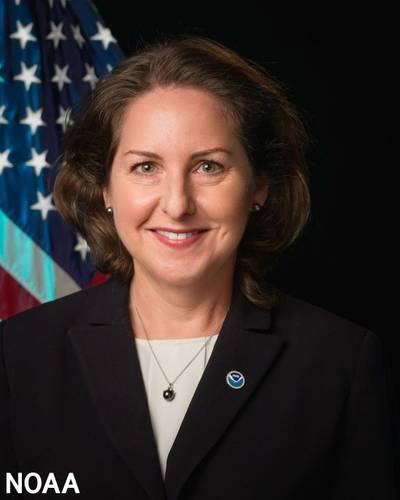 US - LeBoeuf Tapped as director of NOAA's National Ocean Service

Nicole LeBoeuf, with more than two decades of experience at NOAA, was appointed by U.S. Secretary of Commerce Gina M. Raimondo as the assistant administrator for Ocean Services and Coastal Zone Management.

In this capacity she will serve as director of the National Ocean Service, America’s ocean and coastal science agency. LeBoeuf, acting in this role since August 2018, also served as the deputy since December 2016.

Most recently, under her leadership, NOAA’s National Ocean Service played a leading role in working with community leaders, cultural organizations, and national conservation groups to designate the Wisconsin Shipwreck Coast National Marine Sanctuary, the nation’s 15th national marine sanctuary, which covers 962 square miles and protects 36 historic shipwrecks with exceptional archaeological, recreational, and national significance. LeBoeuf also oversaw the recent proposal of another sanctuary off the coast of New York, the launch of our first national rip current forecast model, and the development of a data-sharing agreement with an offshore wind company.

“With Nicole at the helm, the Ocean Service established itself at the forefront of technology for disaster preparedness, response and recovery, mapping and charting, hypoxia and harmful algal bloom forecasting, and safeguarding communities from risks such as sea level rise and coastal inundation,” said Rick Spinrad, Ph.D., NOAA administrator.