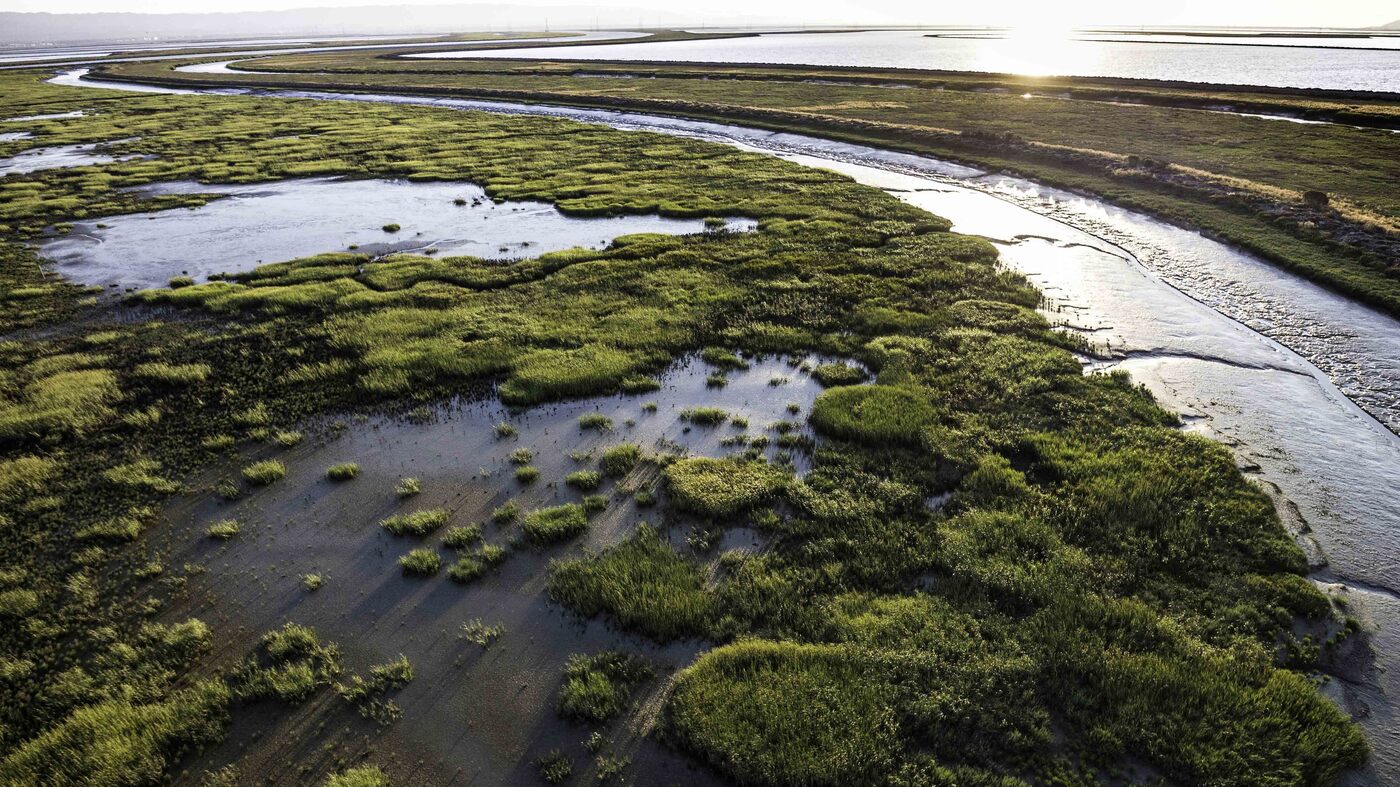 US - Got Mud? For Coastal Cities, Humble Dirt Has Become A Hot Commodity

In a hotter climate, dirt is a hot commodity.

With sea levels expected to rise three to six feet by the end of the century, coastal communities are moving fast to construct major shoreline projects to protect themselves. As the size of these projects expands, the primary building materials--dirt and mud --are getting scarce.

Dirt (what you dig up on land) and mud or sediment (the wetter variety already in rivers and bays) are the raw materials of climate change adaptation. They're used to build levees, the massive earthen barriers that hold back waves, and to raise elevation so buildings can sit higher than the floodplain.

Mud is also a crucial component of restoring wetlands and marshes, which act as natural barriers against storm surges while providing valuable habitat for sensitive species. In the right conditions, marshes can gain elevation over time from sediment, potentially keeping pace with sea level rise in a way that human-built infrastructure can't.

Until now, mud and dirt have mostly been treated as waste products. Dirt leftover from construction projects is often just trucked to landfills. Sediment is trapped behind large dams, no longer spreading naturally throughout watersheds.