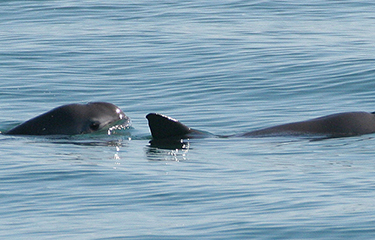 The U.S. National Marine Fisheries Service announced an expansion of the ban on imports of certain Mexican fish and fish products caught in the habitat of critically endangered vaquita porpoise. The effort is being taken in hopes of preserving the few remaining members of the world's rarest marine mammals.

In 2018, a lawsuit filed by conservation groups led the U.S. government to ban shrimp, sierra, chano and curvina seafood imports from Mexico that were caught using gillnets. In a new move, the U.S. government is expanding the ban to include nearly all seafood caught in Mexico’s northern Gulf of California.

The move is expected to place enormous pressure on Mexico to stop destructive fishing practices that have led to the deaths and near extinction of vaquita porpoises. It comes after the Mexican government officially banned most gillnet fishing in 2017 but failed to enforce it.