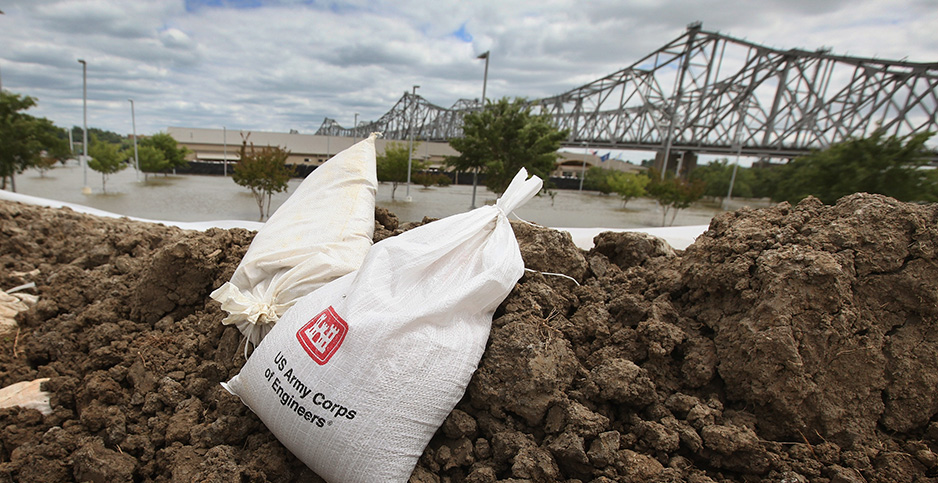 Experts say it would be an important shift for a top-down agency that handles everything from issuing water permits to managing flood protection and the world's largest ecosystem restoration efforts.

While the Army Corps has included climate change in its past work, Crook said that work is clearly labeled in the White House fiscal 2022 budget. "They're connecting the dots, and it's impressive," he said.

The Biden administration's fiscal 2022 budget proposal released last week said three "key objectives" for the Army Corps were considered when crafting the document, including promoting environmental justice in disadvantaged communities in line with the administration's Justice40 plan, which calls for 40% of all climate investments to go to disadvantaged communities. The proposal also makes clear the corps will not fund work that subsidizes fossil fuels — including work that lowers the cost of production or consumption of fossil fuels, or raises the revenue retained by fossil fuel producers.

Overall, the Biden administration requested $6.8 billion for the agency, an amount that Jaime Pinkham, the top political official at the agency, hailed at a news conference Friday as the "highest annual budget ever proposed." While it may be the highest amount an administration has ever sought for the Army Corps, the funding level is lower than currently enacted levels — the fiscal 2021 spending bill included $8 billion for the Army Corps, $145 million above the fiscal 2020 enacted spending level (E&E News PM, April 9).

Another big change: The Biden administration is proposing four construction project "new starts" and seven investigations for the coming fiscal year. Prior administrations have at times proposed zero or perhaps one "new start" project, Crook said.