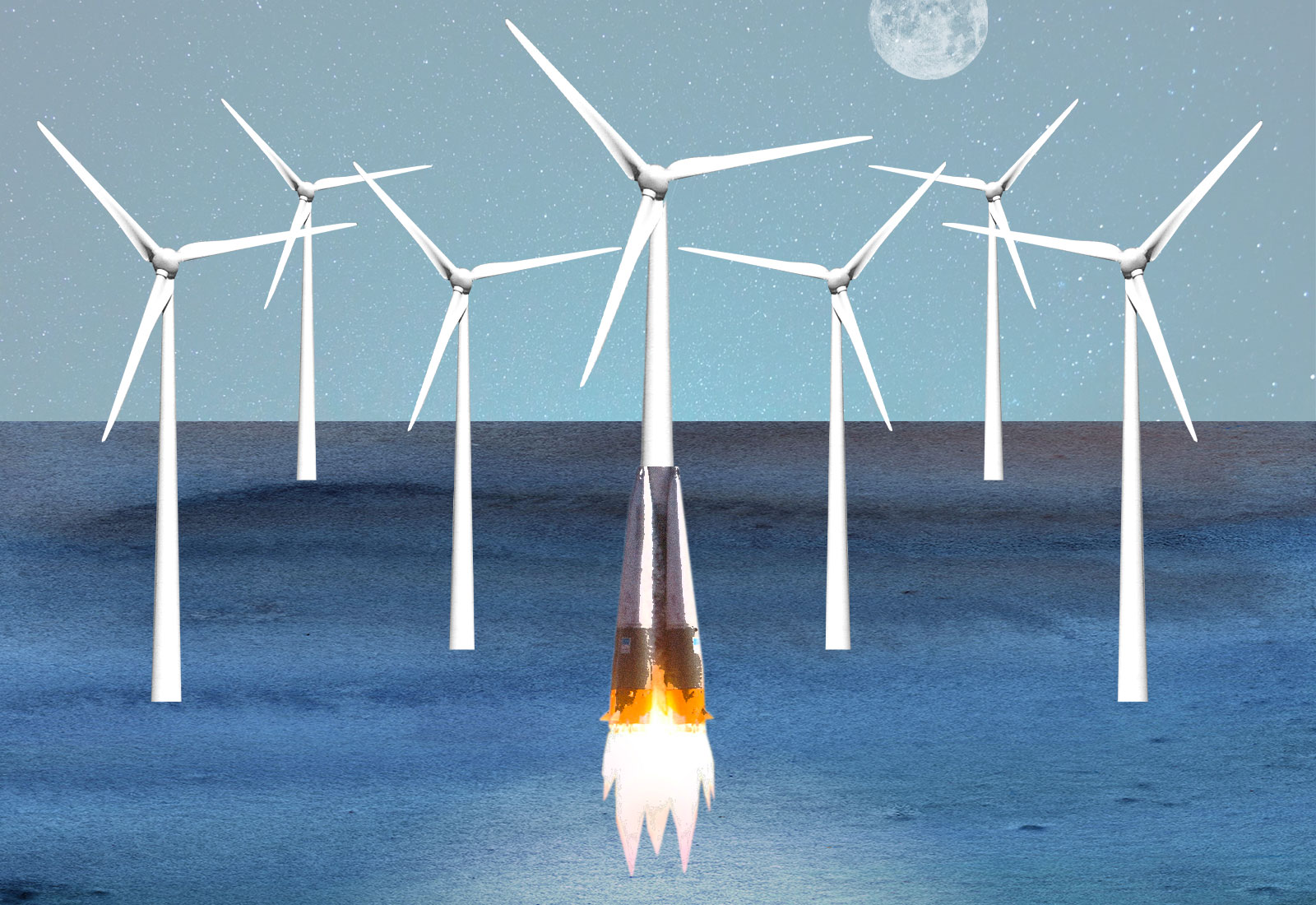 Having fallen a decade behind in developing the renewable energy, the U.S. is priming itself for a space race-style comeback.

In 2013, I took my first trip to Europe to see offshore wind turbines spin at the Anholt wind farm, nine miles off the coast of Denmark. The experience was just as jaw-dropping as my several visits to NASA’s Kennedy Space Center in Florida, home to the 36-story-tall Saturn V rocket that sent men to the moon. The turbines were similarly massive, stretching 46 stories into the air every time the tip of a blade reached the high noon position.

I was there as a reporter for the Boston Globe, following members of a Massachusetts trade delegation pondering how to bring similar technology to their home state. Construction was nearly complete on the 111-turbine, 400-megawatt complex at Anholt that would provide enough juice to power 400,000 Danish homes. Our boat tour passed by a mammoth “jack-up” installation vessel loaded with towers, blades, and nacelles (the housing for the gearbox and electronics). Despite rough seas, my excitement to photograph these mechanical skyscrapers lured me to the edge of the boat. A member of the delegation held onto my coat to make sure I wouldn’t fall into the deep.

Back on land, we toured port facilities in Denmark and Germany, where it was clear that the men and women behind the manufacture and deployment of turbines as big as a house and blades approaching the length of football fields were equally in awe of these machines. “This is our German moon landing,” Ronny Meyer, then the managing director of WAB, a public-private wind agency in Bremerhaven, told me at the time. “Like John F. Kennedy’s speech launching the [American] aerospace industry, we are doing something we’ve never done before in the ocean.”