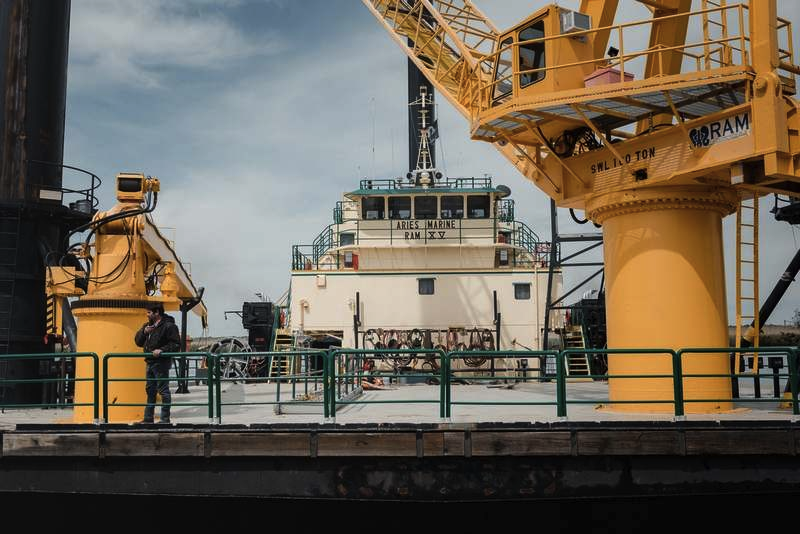 US - Biden wants to move energy offshore, but choppy seas ahead

Up and down the East Coast, developers and government agencies are preparing for the massively complex and costly challenge of placing thousands of wind turbines taller than the Washington Monument miles out into the Atlantic.

DORCHESTER, N.J. - In his three decades servicing oil platforms in the Gulf of Mexico, boat captain Keith Piper rode out all manner of storms and gales. Still, he had never faced the elements that tested him last winter at a wind farm off the coast of Rhode Island. Subzero temperatures. Snow. A nor'easter blowing 70 miles per hour.

Coffee sloshing in the pot and his 500-ton liftboat - propped above the waves on four hydraulic legs - vibrating from the force of the wind.

Given the rock-hard bottom of the continental shelf, unlike the Gulf's forgiving sands, any mistake setting the boat legs down and the impact on board would feel like being slammed head first into concrete. "It shakes everything and breaks everything," he said.

These are the discoveries being made at the dawn of America's offshore wind industry. Up and down the East Coast, developers and government agencies are preparing for the massively complex and costly challenge of placing thousands of wind turbines taller than the Washington Monument miles out into the Atlantic. The Biden administration has set a goal that industry players call highly ambitious, if not unrealistic: to produce 30,000 megawatts of electricity from offshore wind farms by 2030, enough to power 10 million homes. Meeting this goal is one of the few available paths for President Joe Biden to reduce the country's reliance on fossil fuels and fight climate change.

The obstacles ahead are staggering. The United States is decades behind Europe and Asia in developing offshore wind. Only seven offshore turbines are running - the five in Rhode Island, plus two in Virginia - and together the projects produce just 42 megawatts of electricity. China alone installed more than 3,000 new megawatts of offshore wind energy last year, more than half the world's total.

Far larger efforts are on the horizon, though. Vineyard Wind, the first large-scale U.S. offshore wind farm, is expected to receive its final federal permit from the Interior Department within days. It calls for 62 turbines generating 800 megawatts just more than a dozen miles southeast of Martha's Vineyard, Mass. Fourteen other projects from North Carolina to Maine are in other stages of permitting that, under a disdainful President Donald Trump, became a seemingly endless process.

"The Achilles' heel of the industry has been the federal permitting process," said David Hardy, chief executive of Ørsted Offshore North America, the U.S. offshoot of the Danish energy giant that has been involved in both existing American projects and has applications pending for several more. "It was, to be blunt, stalled under the Trump administration."

Hardy is encouraged by Biden's interest. A recent call with offshore industry leaders included four Cabinet members as well as White House climate adviser Gina McCarthy, with administration officials vowing to provide federal loans and accelerate permitting, he said. The Bureau of Ocean Energy Management has committed to processing the 14 pending proposals by 2025.

"We're taking an all-of-government approach to ensure that we are successful in developing offshore wind," bureau director Amanda Lefton said in an interview.

The aggressive timetable will require a massive new industry, with steep investments in new ports, boats, factories, and upgrades to electrical grids. The first U.S.-built vessel capable of installing the offshore turbines is being completed in Texas at a cost of $500 million. Until more ships are ready, projects in this country must rely on boats from Europe, an exchange complicated by the continent's own demand for wind energy and maritime trade laws here.

There are other hurdles, too, particularly intense opposition from some coastal communities and commercial fishermen. Even when that's overcome, construction can only move forward during certain months because of bad weather and the threat to migratory patterns of the North Atlantic right whale, a critically endangered species.