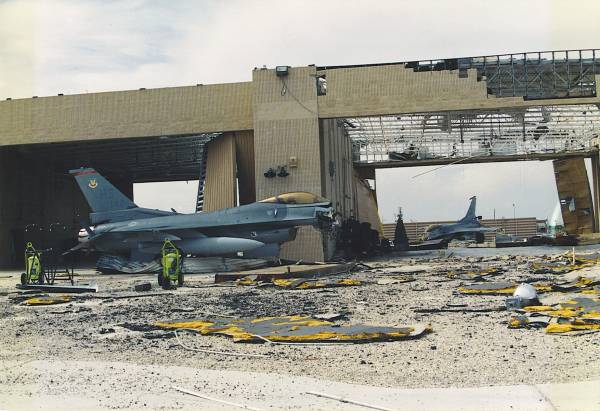 US - After Billions Of Dollars In Damage, The Military Is Trying To Protect Bases From Climate Change

On a recent day at Camp Lejeune, N.C., officials gathered for a groundbreaking ceremony in front of a single-story, brick regimental headquarters that's scheduled to be torn down and replaced.

The occasion marked the start a massive construction project - dozens of new buildings will replace some of those most badly damaged by Hurricane Florence more than two years ago.

It also marked a big moment for national security, because Lejeune is the main east coast infantry base for the Marines. The Corps also relies heavily on two nearby Marine air stations that also had heavy storm damage.

The reconstruction effort is so large and important that the Navy set up an entire new Facilities Command to run it under a senior officer, Captain Jim Brown.

He acted as the emcee for the groundbreaking.

"We will restore this base," he told the small crowd. "We will get it back, and we'll make it better than it was before."