International
How the construction of the rock armour may look. via Portsmouth News 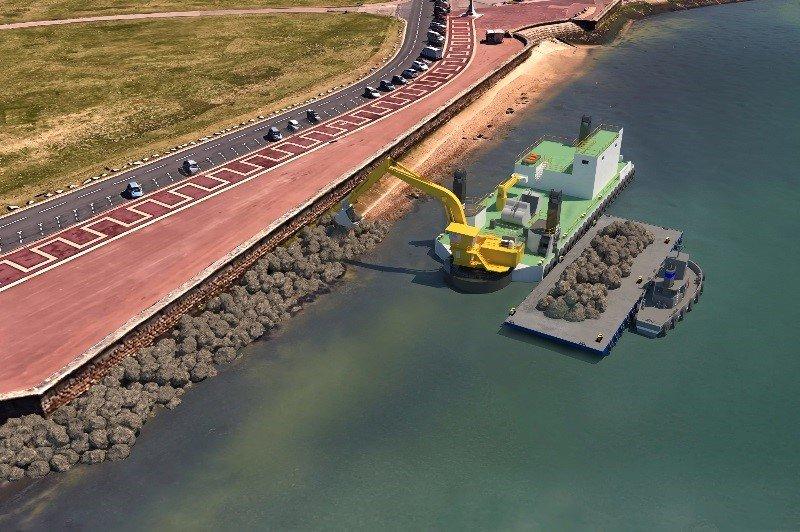 Work is due to begin today on the city council’s coastal defence scheme to protect more than 10,000 homes in Southsea from the risk of coastal flooding.

The £130m project, which will also protect more than 700 businesses, is the the UK’s largest-ever local authority-led coastal defence project.

The development will involve the construction of new concrete revetments, raising the height of the promenade by up to 1.5 metres and the use of rock armour to replace the current sea wall.

It has been seven years in the planning, and work is now ready to start on the the stretch of coastline between Old Portsmouth and Eastney, which is just under three miles.

Councillor Hugh Mason, cabinet member for planning policy and city development, said: ‘Finally to reach day one of the scheme's construction is a major milestone both for the scheme itself and for the city council as the local authority leading the country's largest coastal defence scheme.’

The work is being carried out by the project’s contractor, VSBW - a joint venture between engineering companies VolkerStevin and Boskalis Westminster.

VSBW project manager Neil Dorling added: ‘We are delighted to be starting work on this coastal defence scheme. Throughout the construction we will be considerate to the community and a customer centre will be opening later this year where we will have more information about the scheme and be able to answer any questions.’

The start of phase one of the construction will lead to potential disruption with the closure of Clarence Pier car park for 12 to 18 months as the area is fenced off. A diversion route will be set up with signs to advise motorists and pedestrians of alternative routes.

The council has set up a temporary overflow car park and deputy leader, Cllr Steve Pitt, believes any short-term disruption is far outweighed by the long-term benefits for the city.