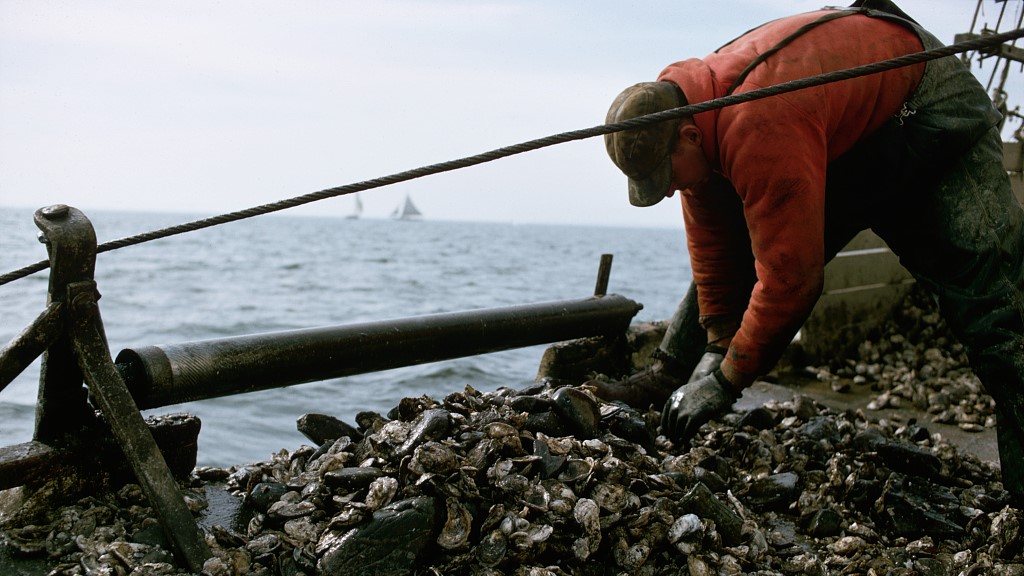 On a late summer's day, leisure boats sail in and out of Lymington's harbor and a large car ferry slowly docks at the port, as it completes the crossing over the short stretch of water from the nearby Isle of Wight.

Hidden beneath the ferry port lies a little-known project, one that could quietly change the quality of the marine environment along the UK's coastline.

Dr Luke Helmer, a marine scientist from the Blue Marine Foundation, carefully hoists up a set of specially designed oyster breeding cages from under murky water by a disused ferry.

This collaboration by marine conservationists from the Zoological Society of London and the Blue Marine Foundation aims to eventually release nine billion baby oysters over the next three years.

"We're putting mother oysters - so, mature oysters - into the nurseries, suspended underneath marinas and that will essentially help us release the next generation of baby oysters, on to that sea bed, a bit like an oyster maternity ward, if you like," says Celine Gamble, Wild Oyster Project Manager at the Zoological Society of London.

"One oyster of this size can actually release a million babies each year. So, having all those suspended in those oyster nurseries, they're kind of fantastic at helping us to repopulate that population that's faced such a severe decline."

A combination of loss of natural habitat on the seabed, over-harvesting and pollution has destroyed around 95 percent of native oysters in UK waters.

Oysters are best known as a delicacy, which is why they were a target for large-scale fishing, but their role in the marine environment is a far more important one.

"They're capable of making some huge changes in our marine environment," says Celine Gamble. "And therefore, they're recognised as eco-system engineers. A single oyster can filter around 200 liters of water per day. So, when you think of the numbers that come together to form a reef, you can see how they're capable of vastly improving our coastal water quality."