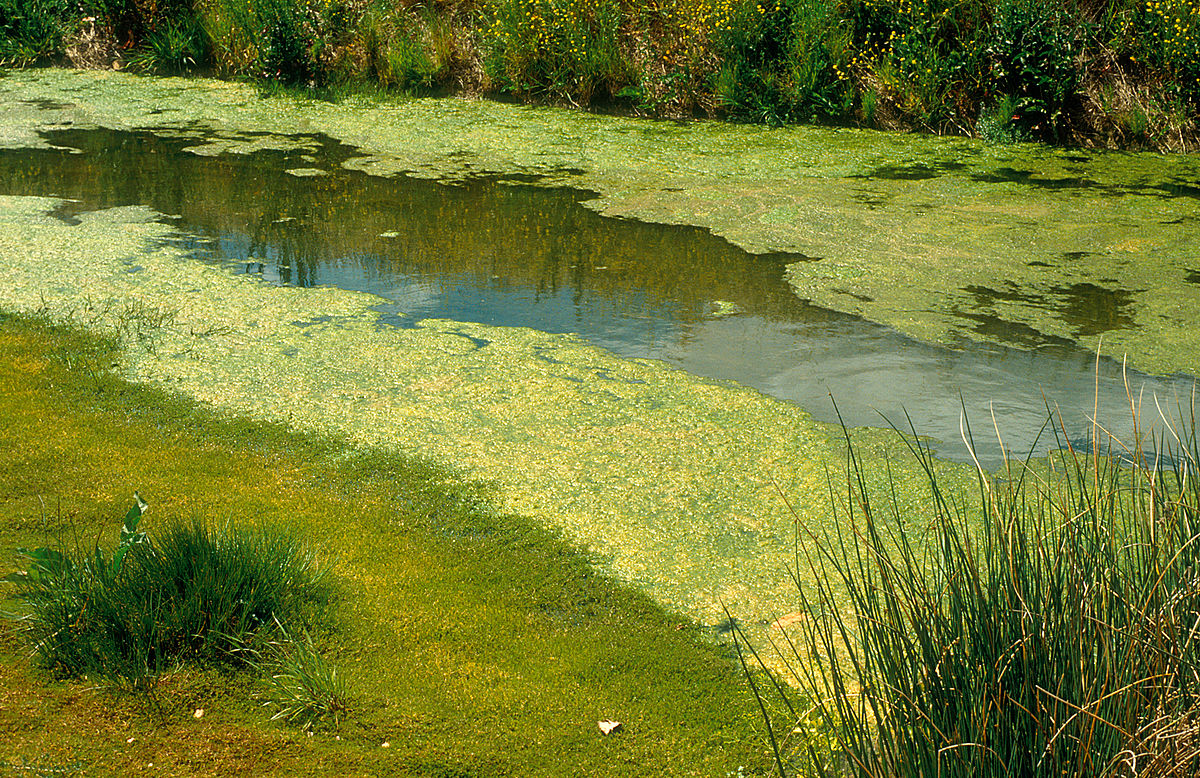 Dog owners are being warned over a toxic bacteria that lives in freshwater during hot weather which can have fatal effects.

Blue-green algae is often found on the edge of lakes or ponds and contains extremely harmful toxins that can stop a dog’s liver from functioning correctly.

As the weather is forecast to heat up over the weekend, owners are urged to be aware of the symptoms of blue-green algae poisoning if their dog has been swimming or paddling in open water, such as rivers and lakes.

What is blue-green algae?

Blue-green algae is a term that describes a group of bacteria called cyanobacteria, and it is found in freshwater bodies such as lakes, ponds, canals, rivers and reservoirs.

The chemicals produced from the bacteria are highly toxic to dogs and are also dangerous to other animals, including cats, horses, birds and cows, and can even be harmful to humans when ingested in small quantities.

Not all blue-green algae is poisonous, but bodies containing algal blooms should be avoided.

The algae appear as a green or greenish-brown scum on the surface of the water and dogs can swallow it by drinking water from an affected body of water, or while licking their fur after going for a swim.

Dogs can even come into contact with the bacteria even if they don’t go into the water as toxic blooms can be blown to the edges of bodies of water.