International
These reef balls are the brainchild of biology professor Maria Rosa, who said the waterfront has lost four to five feet of shoreline since she started at Connecticut College in 2018. (Dana Jensen / The Day) 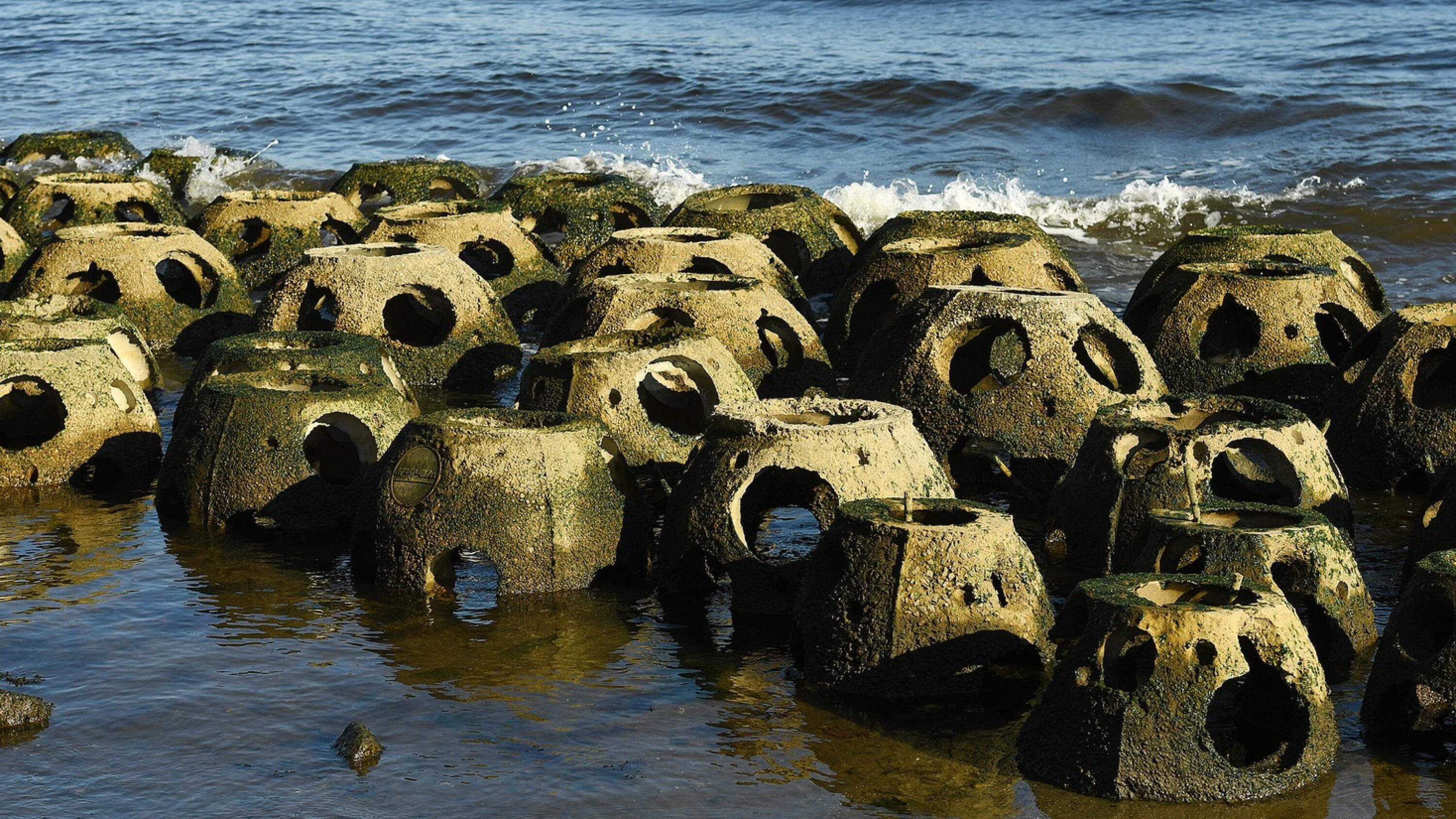 New London ― If you’re standing on the northern end of the Connecticut College waterfront with your back to the freight railroad tracks, the view is of 150 wiffleball-shaped concrete balls in rows running parallel to the shore, with an unusual shift in the low-tide mark partway up the rows.

They’re called reef balls and they range from 200 to 600 pounds, each more than a foot in diameter. Closer to the sailing dock, the rows of reef balls form a sort of barrier, separating the water from the sand. But as the rows move north along the shore, there’s a sudden point where the Thames River comes in a foot or two inland of the reef balls.

That’s the difference between reef balls placed in October 2021 and ones set this past July and September, and the line shows what the reef balls are trying to accomplish: preventing erosion.

These reef balls are the brainchild of biology professor Maria Rosa, who said the waterfront has lost four to five feet of shoreline since she started at Connecticut College in 2018.

She’s calling the project Camels Reef, for the school’s mascot.

As she talked about the reef balls Friday morning, she walked toward the invasive trees on a thin strip of land separating the railroad tracks from the river ― land she said “is just going to collapse if nothing is done.” On the other side of the rail line are Pequot burial grounds and an athletic field.

“If nothing is done, we’re not just losing land; we’re losing infrastructure and culture,” Rosa said.

But, she explained, the reef balls slow down the waves, allowing for the deposition of sand. Rosa said the area in front of the first-placed reef balls used to all be gravel, but now the gravel is buried in 3 to 4 centimeters of sand.

As sand continues to accumulate, the reef balls will eventually be / buried. Rosa initially forecasted this would take 5 to 10 years, but based on current sedimentation rates, she now thinks it will be more like 3 to 5 years.

If all goes well, she said, phase one of the project will include a total of about 400 reef balls extending north along the shore. She would then think about extending reef balls in the other direction, to the docks.

‘A lot of ecology is plumbing and concrete pouring’

When Rosa started at the college, she was taking her students to the waterfront and said they noticed a “huge erosion problem.” She originally wanted to build an oyster reef but found out that permitting is difficult. Eel grass is good at reducing wave action, or the strength at which waves break on land, but swans ate all the eel grass she and students planted in 2019.

But she started learning about a project at the other end of the state. Sacred Heart University biology professor Jennifer Mattei ― who Rosa called a “personal hero” ― led a project to plant thousand-pound reef balls in Stratford, starting in 2014.