International
Holiday chalets abandoned due to coastal erosion wait to be demolished or taken by the sea in the village of Withernsea in the East Riding of Yorkshire. Photograph: Christopher Furlong/Getty Images 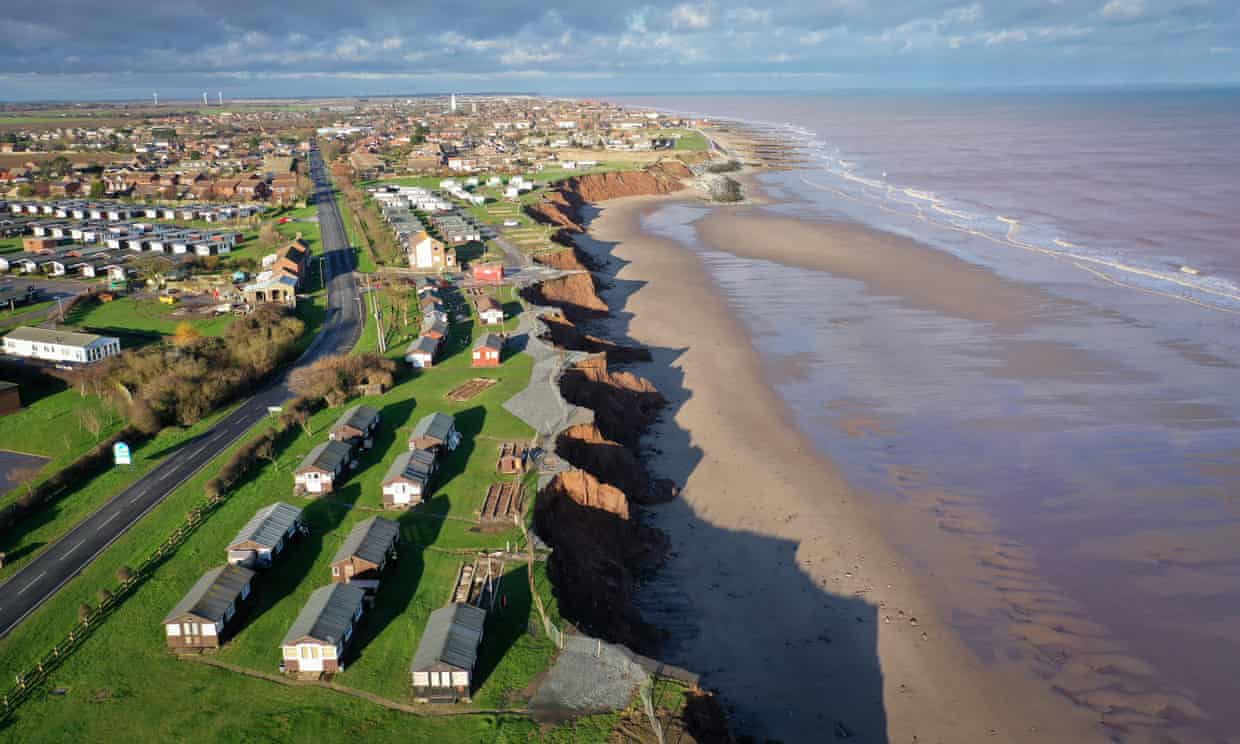 Ministers have been urged to step in to help families whose homes are at imminent risk of collapsing into the sea on the fastest-eroding coastline in northern Europe.

Residents in the Yorkshire village of Skipsea were told this week that more than 20 homes were at risk of falling into the North Sea in the next 12 months, with hundreds vulnerable in the coming decades.

Parts of the 52-mile east Yorkshire coast are disappearing much faster than forecast. Rising sea levels and more frequent storms brought on by the global climate emergency have accelerated the erosion.

Councillors will this week urge ministers to treat coastal erosion as a natural catastrophe like flooding, saying that there is a lack of national guidance and funding to help tackle the issue.

Jane Evison, a councillor on East Riding council, said families whose homes were at imminent risk of sliding into the sea were liable to pay the full cost of demolishing their property and for their relocation.

The Department for Environment, Food and Rural Affairs (Defra) provides up to £6,000 in retrospective funding towards the cost of demolishing each property, but Evison said the total bill was at least double that.