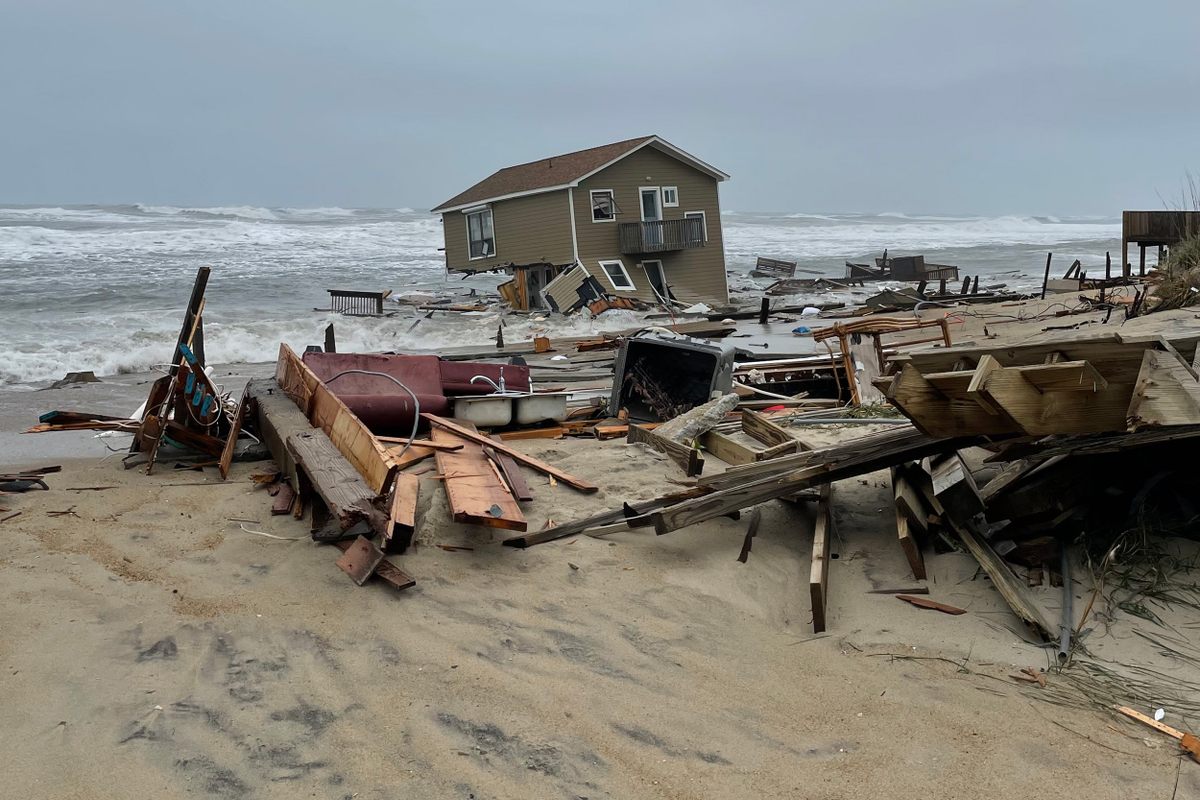 UK - This English Town Is Letting the Sea Have Its Way

The coastal community of Selsey welcomes the return of salt marshes where farms once stood.

On May 10, a four-bedroom house perched on the beach of a North Carolina barrier island in the town of Rodanthe collapsed into the ocean. It was not the victim of a violent hurricane strike or storm surge. Rather, a low-pressure system coupled with a high tide drew ocean waves onto the shoreline, leaving heaps of sand on the prophetically named Ocean Drive. Then—in that viral video moment—the water gently pulled the house loose and set it to bob upon the sea. It was not the first house—this year! that day!—nor will it be the last.

This is reality in the 21st century. By 2100, high tides will likely inundate land that’s home to between 190 and 630 million people worldwide. The range depends on whether humanity slashes carbon emissions by midcentury or, instead, continues to fail. There is no longer any question that water is moving in and people must begin to move out. For that homeowner in Rodanthe, water has dictated immediate retreat from the coastline. Elsewhere around the world, people are beginning to leave coasts, usually on the heels of disasters or when they can no longer afford routine flooding or salt intrusion that fouls drinking water, kills plants, and spreads sewage. But now scientists and government agencies are calling for a more deliberate, organized—and, in the long run, much cheaper—pullback. It’s called strategic or managed retreat because it’s planned, as opposed to crisis driven. It relinquishes the idea of control, of “holding the line,” in favor of accepting nature’s power and giving those protective ecosystems space to absorb wave energy and tides.

After decades of resistance to the idea, which detractors characterized as “giving up,” some communities are embracing it. Today, managed retreat driven by pragmatism is an increasingly accepted component of government policies. One of the most ambitious programs is in the United Kingdom, which is planning a countrywide step back from the sea. With its thousands of kilometers of coastline exposed to the rough North Atlantic Ocean, the United Kingdom is mapping out where it will cease trying to hold back the sea within a decade or two. And in other places around the world, new amphibious designs embrace a way to live with water without courting regular disaster. Both managed retreat and amphibious housing are the ultimate expression of Slow Water thinking, of accepting and working within what water wants.