International
Hundreds of seals can be seen in the images. Bruce Thomson / UKCAPS 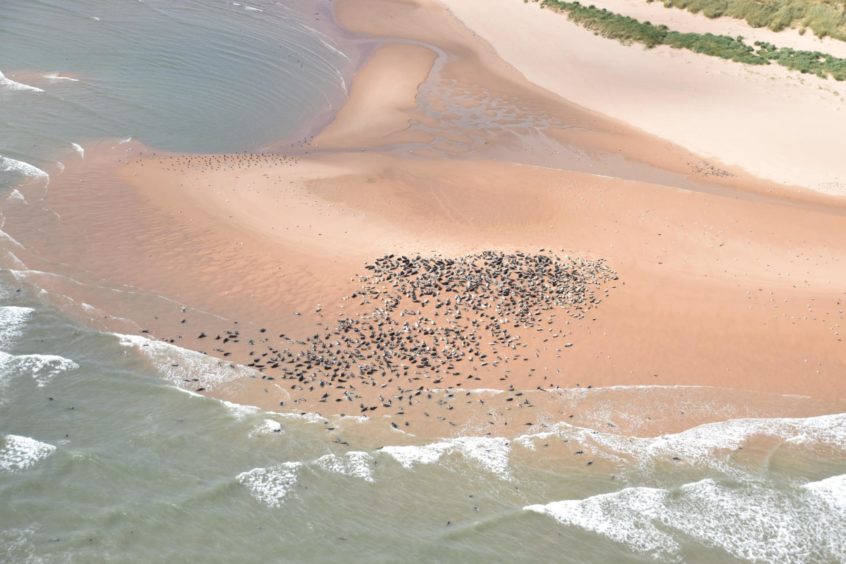 These incredible images show the north-east’s biggest seal population from a perspective many will never get to see.

The colony at the Ythan Estuary, near Newburgh, is thought to number more than 500, with some of the large males, or Bull Seals, weighing in at more than 100kg. And these aerial images, taken by the Bruce Thomson from the UK Civil Air Patrol Scotland (UKCAPS), give a true sense of scale to the colony.

However, as well as working as a stunning wildlife picture, the staff at the Ythan Seal Watch have praised them for helping to monitor the local seal population.

Photographer Bruce Thomson, who has flown with UKCAPS for ten years said it was the first time he had seen this colony.

He said: “I have never seen them before, we don’t go up that way very often.

He added: “I saw all the seals and I know that a lot of groups that monitor these animals, it’s very difficult to count them from the shore – all you’ve got is this sort of horizontal line. And if you go to close they’re all in the water and away. So I thought this is a perfect opportunity to get an aerial picture, and they can sit in their own living room and get a count.

“For all, I know that could have been only half of them, and their numbers could have shrunk because of disease or something, or it could be a really healthy number. When you zoom right in you can even see pups, so I thought that will help them know what the birth rate has been and the health of the colony.”