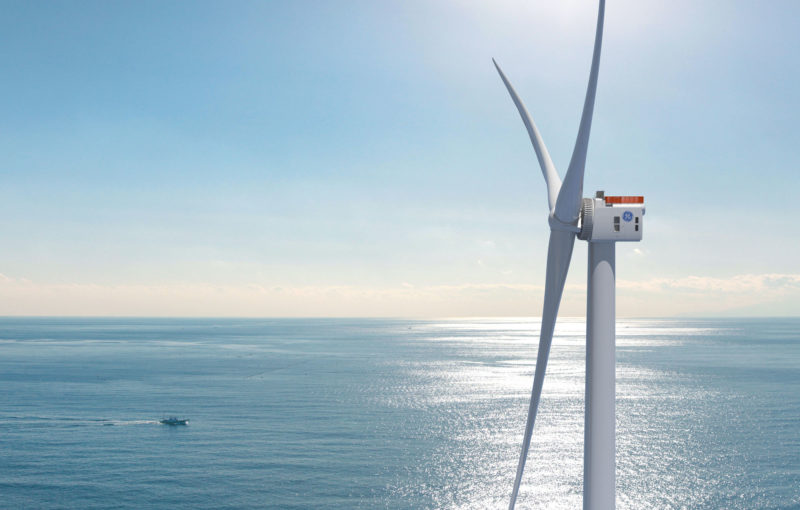 The world’s largest offshore wind project — the 3.6-gigawatt Dogger Bank farm in the North Sea — announced it will be using the world’s largest turbines to generate electricity for more than 4.5 million homes in the United Kingdom, Greentech Media reported.

Located off the coast of Yorkshire, England, the $10-billion Dogger Bank project is being developed in three phases, the first two of which will use the 13-megawatt version of GE’s Haliade-X platform. The turbine’s blades measure longer than a soccer field (351 feet), and GE claims that a single rotation can supply enough electricity to power the average British household for two days. When the wind farm is complete in 2026, it will generate 5 percent of the United Kingdom’s electricity.

Dogger Bank’s order for 190 turbines arrived the same day that GE announced it will no longer supply power equipment to new coal plants. Last year, energy giant Orsted ordered the 12-MW version of Haliade-X turbines for two projects along the East Coast of the United States.

Work on the Dogger Bank project, which is being developed by SSE Renewables and Equinor, started in January in an area of the North Sea previously dominated by oil and gas development.