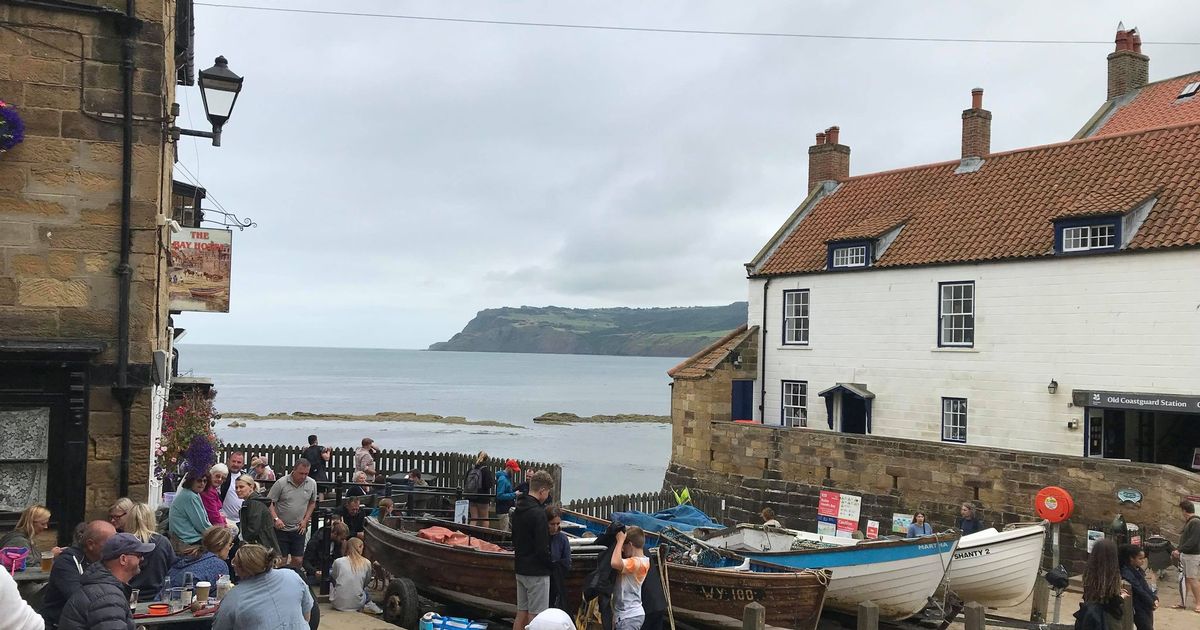 The popularity of the place was instantly noticeable when, after a leisurely drive through the North York Moors, it proved almost impossible to find a place to park.

After parking within another huge line next to a church and weaving through the crowd of people on the pavement to get into the centre, I was recommended to speak to the popular owners of the local post office and shop, Barbra and Steve Smith, who I was told knew all about the goings on and inner workings of the village.

After finishing a repackage of the display of buckets and spades, Barbra kindly made me a brew and gave me a run down of the "manic" summer they had had.

"It's very, very busy", she said. "My friends run a holiday letting company and say there's not a cottage to be had until the end of September.

"It's normally intense but it's been busier."

She said that the summer season has been extended due to the high demand and would likely last until the end of October, adding that she thinks this year's surge in visitors will be good in the long run as many who have left happy will tell their friends or return in the coming years.

The popularity is nothing new to the village though, with Barbra saying that she has seen the numbers of people visiting increase year on year for 20 years.