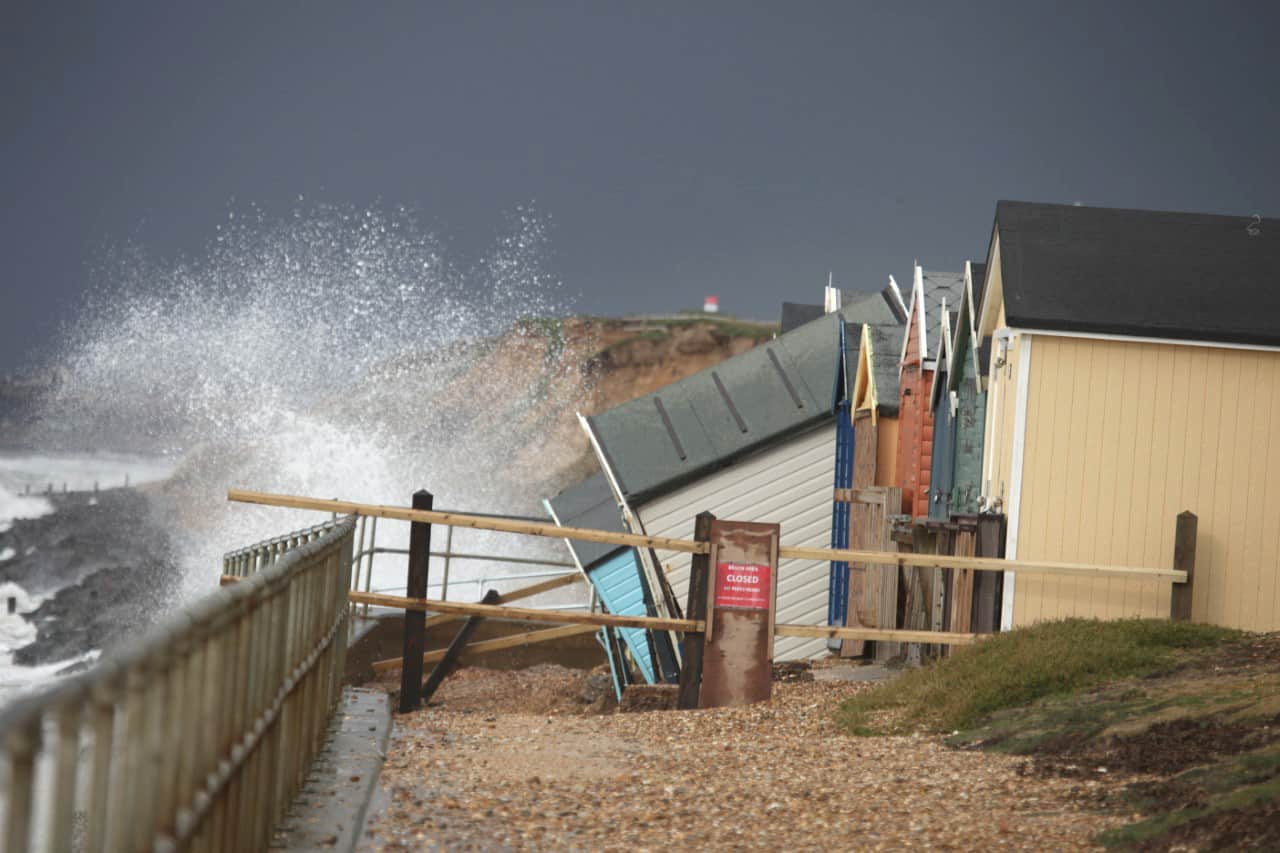 A WAVE of criticism has been aimed at New Forest District Council’s coastal defence policies after a section of sea wall at Milford collapsed following cracks appearing during recent storms.

This week council engineers were forced to cordon off an area of seafront public footpath close to the White House after chunks of the sea wall broke away and two beach huts pitched forward precariously towards the sea.

The huts are part of a cluster known as Westover and all are at risk of disappearing into the sea – prompting warnings from New Forest Beach Hut Owners Association and residents that the advancing water could pose a risk to clifftop houses in the future.

New Forest District Council’s coastal policy to ‘hold the line’ – maintain the existing defences – has been questioned by some who suggest upgrades would be better.