International
via The Ferret 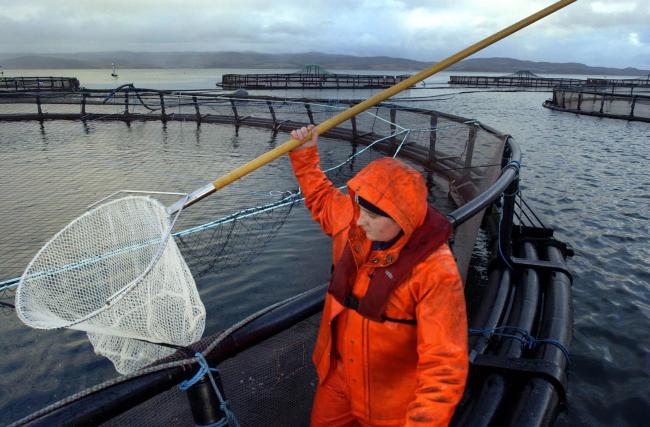 SIX fish farming companies in Scotland given government handouts of more than £10 million have made profits of £926m since 2010, The Ferret can reveal.

By
Rob Edwards / The Ferret via The National
Section:
Aquaculture
Region:
International

A total of 20 aquaculture industry bodies received 104 grants amounting to nearly £20m over the last ten years from the Scottish Government, its enterprise agencies and the European Union.

Critics argue that “taxpayer bailouts” should not boost profits for an industry which they claim has dumped 300,000 tonnes of pollution in lochs and harmed marine wildlife. Campaigners question whether fish farming in its current form is environmentally sustainable.

Government and industry, however, point out that fish farming is worth £885m a year to the Scottish economy and contributes £94m in taxes. The industry disputes the level of pollution and says that lochs have “good” water quality.

The Ferret has uncovered how much taxpayers’ money has been funnelled into fish farming companies, and the profits they have made. The public grants were designed to help businesses by funding equipment, aiding management and encouraging growth.

Our analysis was founded on Freedom of Information responses we and others received from government bodies, as well as on annual reports from fish farm companies.

Our investigation was carried out as part of a series on fish farming in partnership with the Italian journalist, Francesco De Augustinis. It was funded by journalismfund.eu, an independent, non-profit organisation in Brussels that supports cross-border investigative journalism.