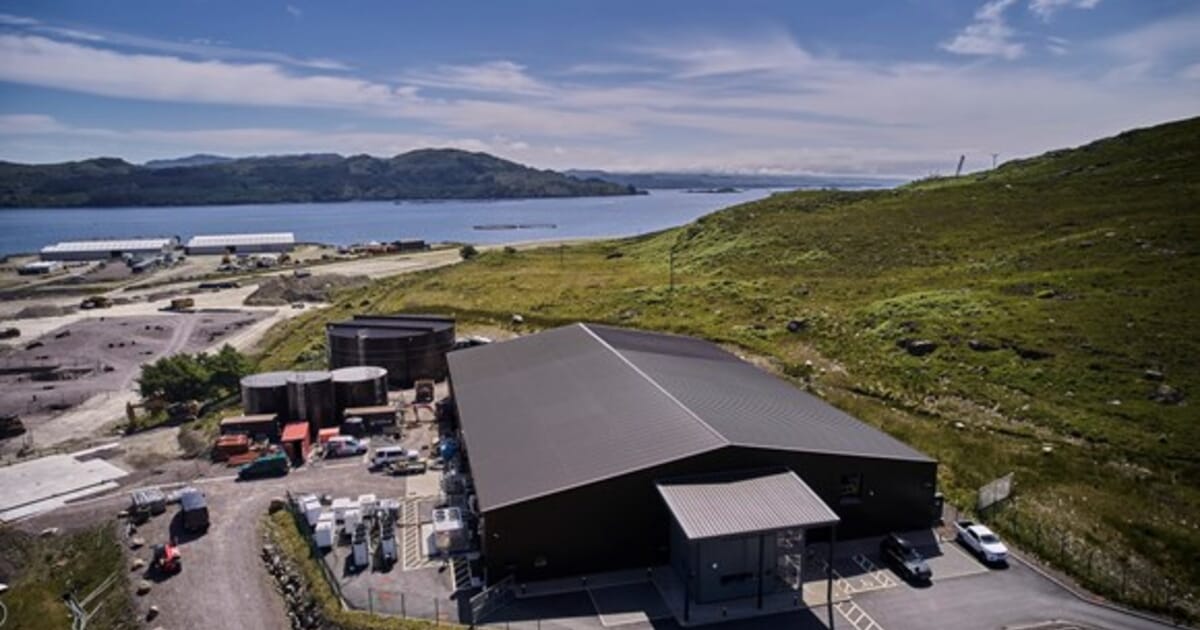 A four-year aquaculture research and development project in Scotland has been awarded up to £5 million in public sector funding.

The post-smolt innovation project is being carried out at The Scottish Salmon Company’s (SSC) Applecross sites in the northwest highlands. It will create around 30 new rural jobs and significantly advance salmon farming in Scotland.

Highlands and Islands Enterprise (HIE) has approved up to £3 million investment, and a further £2 million has been confirmed by Marine Scotland.

The project is being led by The Scottish Salmon Company as part of longer-term commitment by its parent company, the Bakkafrost Group.

A central aim is to increase smolt size from around 100 g to 500 g in an ecologically sustainable way, using innovative Recirculating Aquaculture System (RAS) technology.

It will include innovative husbandry and enhancing smolt testing and vaccination methods to improve fish welfare while increasing production.

Greater control of the freshwater rearing environment allows the length of time smolts spend in the freshwater phase of production to be increased. The marine phase, where the fish are most at risk to environmental and biological challenges, such as predation and disease, will be shortened. This will reduce biological risk and enable greater productivity and quality.

The project will deliver on improved fish and welfare, applies innovation to address key challenges and contributes towards sustainability. It also supports the creation of new jobs which will boost the wider economy