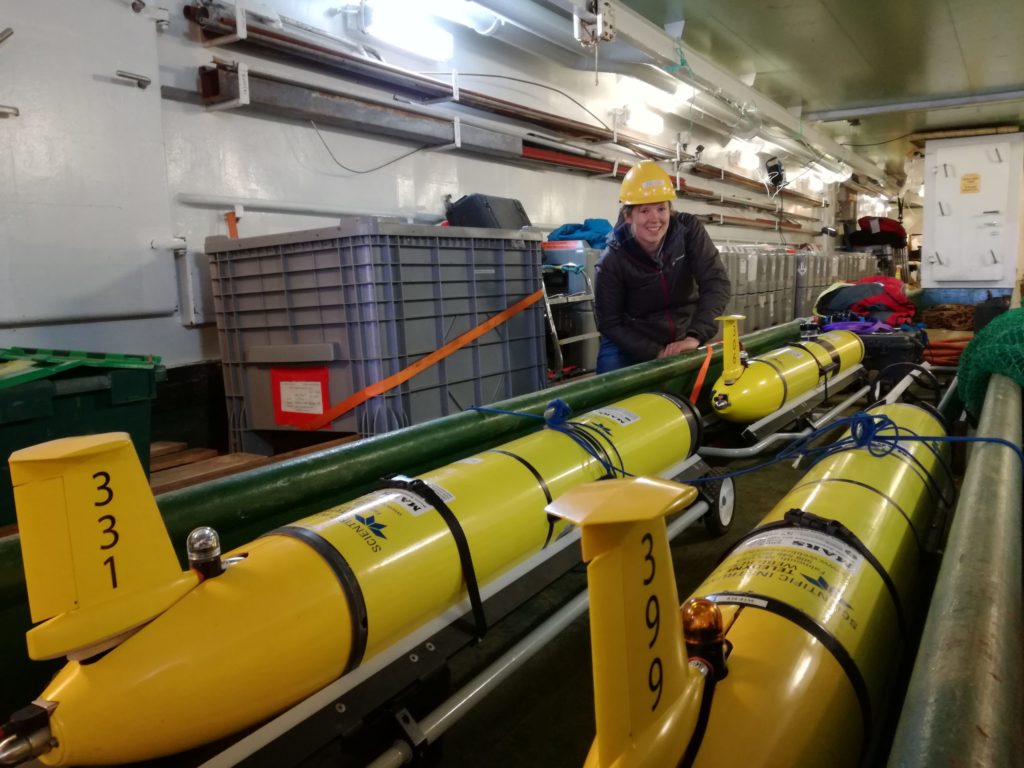 Scientists working with marine robots have measured previously hidden patches of water between the Arctic and Atlantic oceans that could dramatically alter our understanding of how the ocean’s food web forms.

Created in the northern part of the Barents Sea, as cooler and fresher water from the Arctic moves south and becomes trapped within the warmer and saltier water from the Atlantic, these eddies – circular movements of water that have broken off from an ocean current – measure roughly 30 kilometres across.

Despite their size, the eddies are invisible to satellites and had gone unnoticed until oceanographers from the Scottish Association for Marine Science (SAMS), in Oban, picked up some unusual readings during a trial mission of an underwater glider.

The autonomous glider moves across the ocean to depths of 200 metres collecting data, including heat and salinity, every kilometre. This allowed the SAMS team to measure one of these eddies in detail.