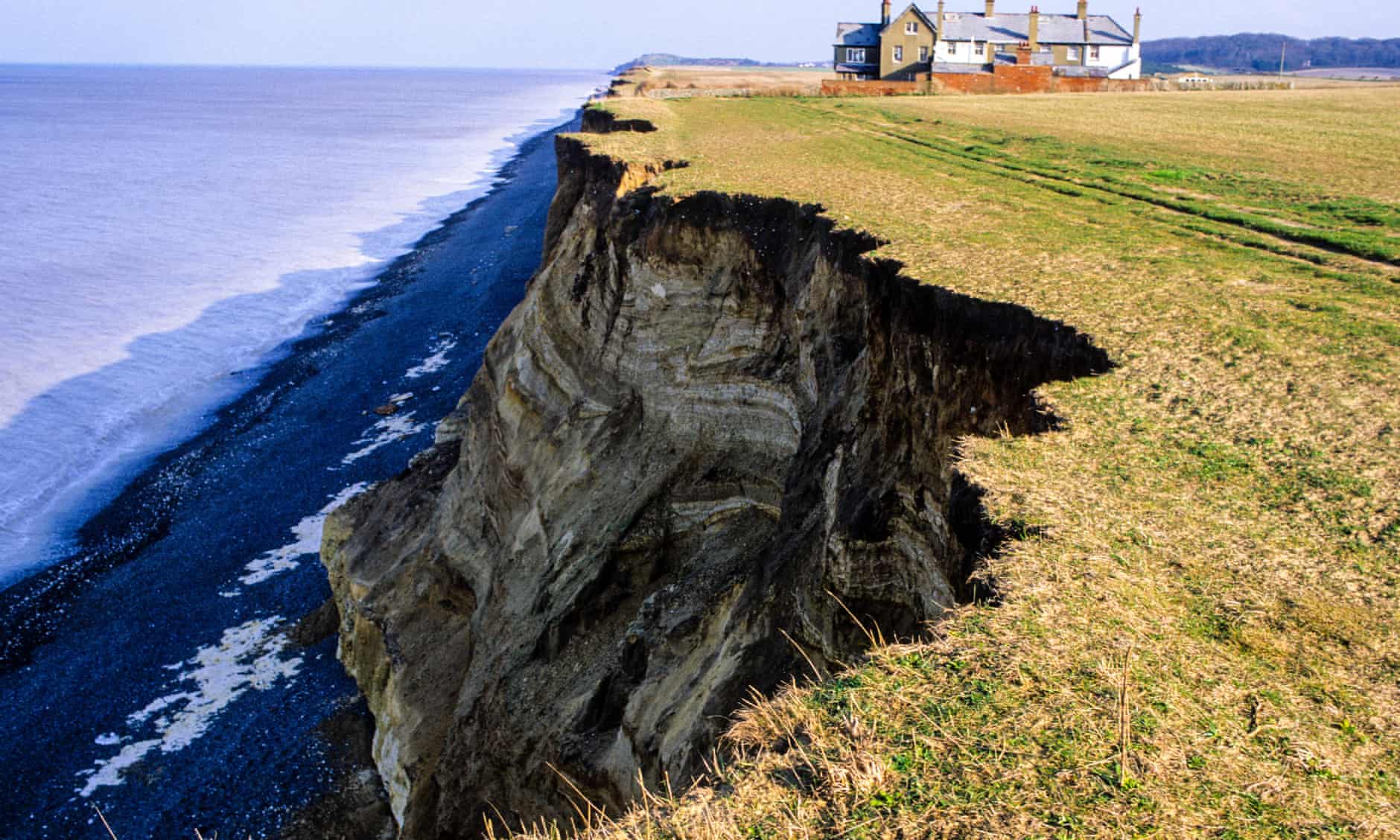 Along the eastern shore, seaside attractions are being demolished and millions of homes are at risk as rising sea levels speed erosion

From a distance, the beach at Winterton-on-sea in Norfolk looks like the opening scene of Saving Private Ryan, with hundreds of grey bodies lying motionless across the sand. On closer inspection, it becomes clear they are not fallen soldiers but a huge colony of seals taken to the land for pupping season.

It’s an amazing annual sight that draws tourists and nature-lovers from across the country, but another process is taking place that is pushing people back – the growing threat of coastal erosion. Just along from where the armies of grey seals lay with their white pups, there used to stand the Dunes Cafe, a much-loved beach facility with a large and loyal clientele.

A year ago it was demolished to prevent its imminent collapse as a result of land lost to sea and storms. The ground where it stood is, like the cafe itself, no longer there. It’s a story of disappearance taking place all along the eastern coast of England, but particularly in East Anglia, that bulbous protrusion jutting into the North Sea.

That climate change and rising sea levels take their toll on the landscape is an old story, but one with an urgent new twist. “The sea level’s been rising since the last ice age, 20,000 years ago or so,” says Jim Hall, professor of climate and environmental risk at Oxford University’s Environmental Change Institute. “And it’s going faster. We’re probably not seeing its effect very much yet on the coast, though we will in the future.”

A 2020 report by the Committee on Climate Change, on which Hall sits as an expert on coastal erosion and flooding, found 1.2m homes at significant risk of flooding and a further 100,000 subject to coastal erosion by 2080 – which, although it sounds safely distant, will be within the lifetime of most of those born so far this century.