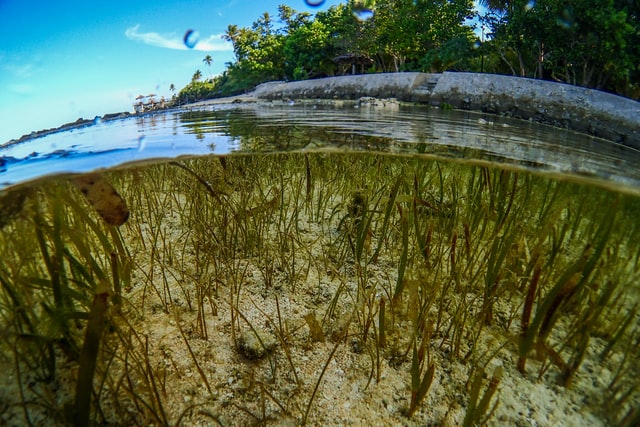 Work on England’s largest seagrass planting effort will draw to a close on Wednesday as the last of thousands of seed bags are placed in Plymouth Sound National Marine Park.

Seagrass meadows provide homes for young fish and protected creatures like seahorses and stalked jellyfish. The plant also has an integral role in stabilising the seabed, cleaning the surrounding seawater and capturing and storing significant amounts of carbon.

Experts estimate the UK may have lost at least 44 per cent of its seagrasses since 1936, 39 per cent since the 1980s, and that the losses over longer time spans may be as high as 92 per cent.

The last of 16,000 seagrass seed bags and 2,200 seedling bags will be planted in Plymouth as part of a four-year project aiming to plant a total of eight hectares of seagrass meadows – an area roughly the size of 11 football pitches. Four hectares will be in Plymouth Sound in the English Channel and four hectares in the Solent Maritime Special Area of Conservation.

The LIFE Recreation ReMEDIES project being led by Natural England, with the planting being carried out by project partner the Ocean Conservation Trust.