International
The cliff-top home owned by Malcolm Debbage and Frances Bolton was deemed too dangerous after a storm. ‘The ability to sell was taken away from us’ STEPHEN POND 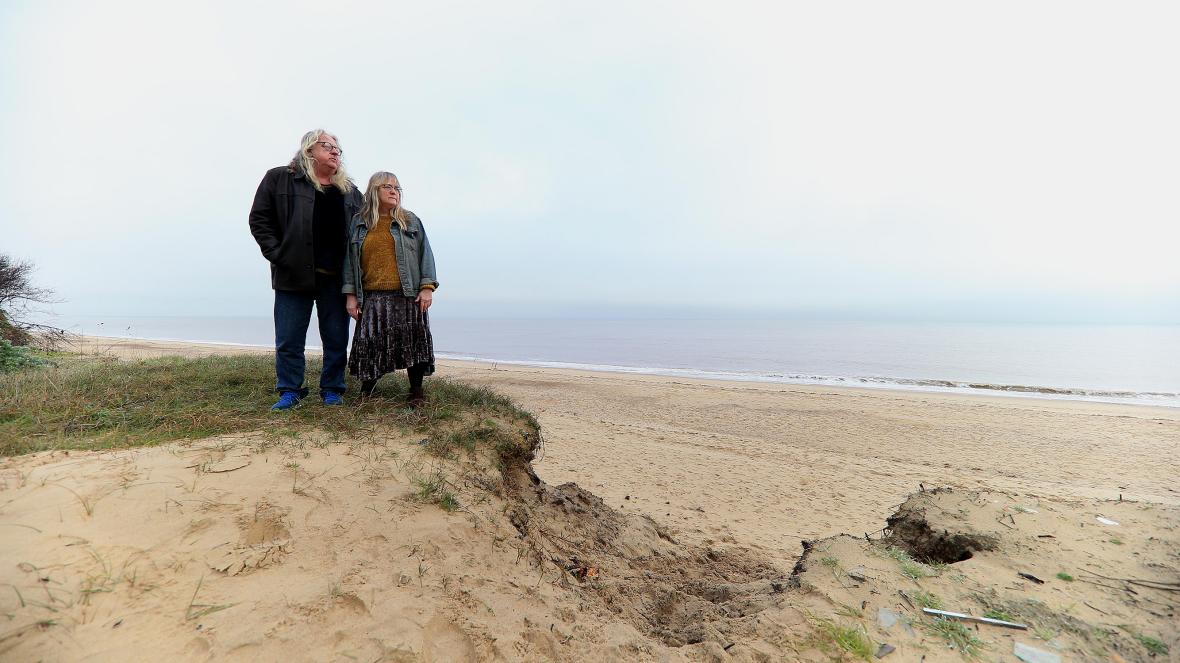 Two booksellers from Norfolk are embroiled in a dispute with their home insurer because the company refused to pay out after the cliff underneath their house collapsed. Malcolm Debbage, 61, and Frances Bolton, 58, have been made homeless after their coastal property in Hemsby, Norfolk, was rendered dangerous in 2018 following a series of severe storms, including the Beast from the East.

After a third storm in late April 2018, the coast had been battered to such an extent that their three-bedroom house was hanging over the edge of a cliff. It was deemed unsafe by the council and later demolished. Since then, the couple have been living in temporary accommodation paid for by the local council.

The couple tried to claim on their Halifax buildings insurance on the grounds that the house had been damaged due to a landslip and a storm, for which they are covered. However, Halifax said that the damage was the result of coastal erosion, for which they are not covered.

The couple argued that their insurance policy was unclear because it did not specifically mention that coastal erosion is not covered, nor did it mention erosion or give a definition. Malcolm and Frances cited the Insurance Act of 2015, which says that policies should be “clear and unambiguous”.