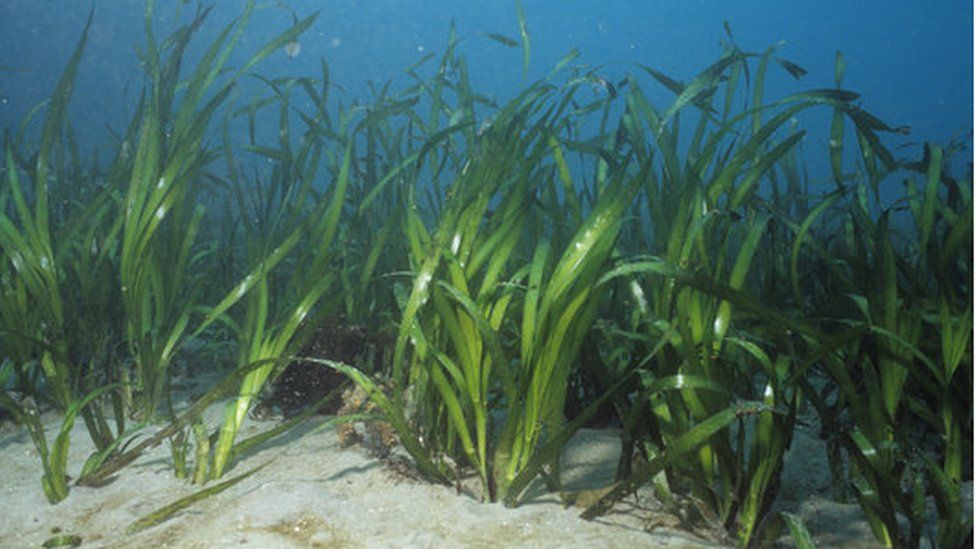 At a time when shallow seagrass meadows have disappeared from 92% of UK’s vast coastline, scientists have realized that this curious and gentle habitat is needed now, more than ever, to help reduce CO2-induced warming—and guard against potentially rising seas.

Coastal ecosystems are among the most biodiverse on the planet. When salt marshes, shallow water seagrass beds, river estuaries, and tidal zones are healthy, these delicate ecosystems work like the tiles of a mosaic to create the picture of resilient seas and shores.

But, the losses of the crucial seagrass piece is coming to a head in Wales, where Dr. Richard Unsworth of Swansea University, unnerved by the annual decline of 7% in seagrass beds around the UK and Ireland, has worked to organize a massive replanting effort along the coast of Pembrokeshire, Wales.

“It’s incredibly productive and just sucks carbon into the sediments, traps particles that are locked there for millennia,” Dr. Unsworth told BBC. “That means that carbon dioxide is not in the atmosphere.”