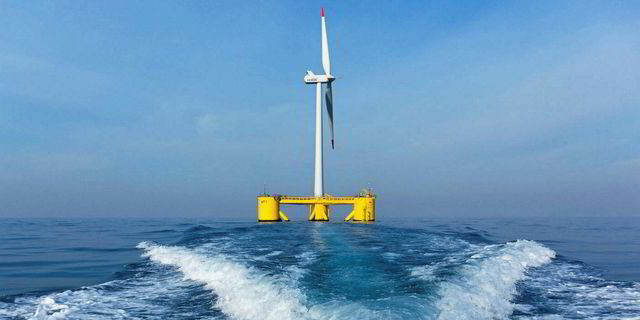 French oil supermajor Total is set to make its debut in the floating wind sector with what could be the world’s biggest array, a near-100MW project being developed off Wales with UK marine renewables outfit Simply Blue Energy, following the signing of partnership deal, Recharge can reveal.

The 96MW Erebus development, which is expected to be brought into operation “in 2025/26” in 70 metres of water some 45km off Pembroke, is being looked to as the flagship of a more ambitious build-out in the Celtic Sea basin, which is calculated to be home to a potential of 50GW of capacity.

Total CEO Patrick Pouyanné said his company’s entry into the floating offshore wind market through the Erebus project “confirm[ed] its ambition to contribute to the development of renewable energy worldwide”.