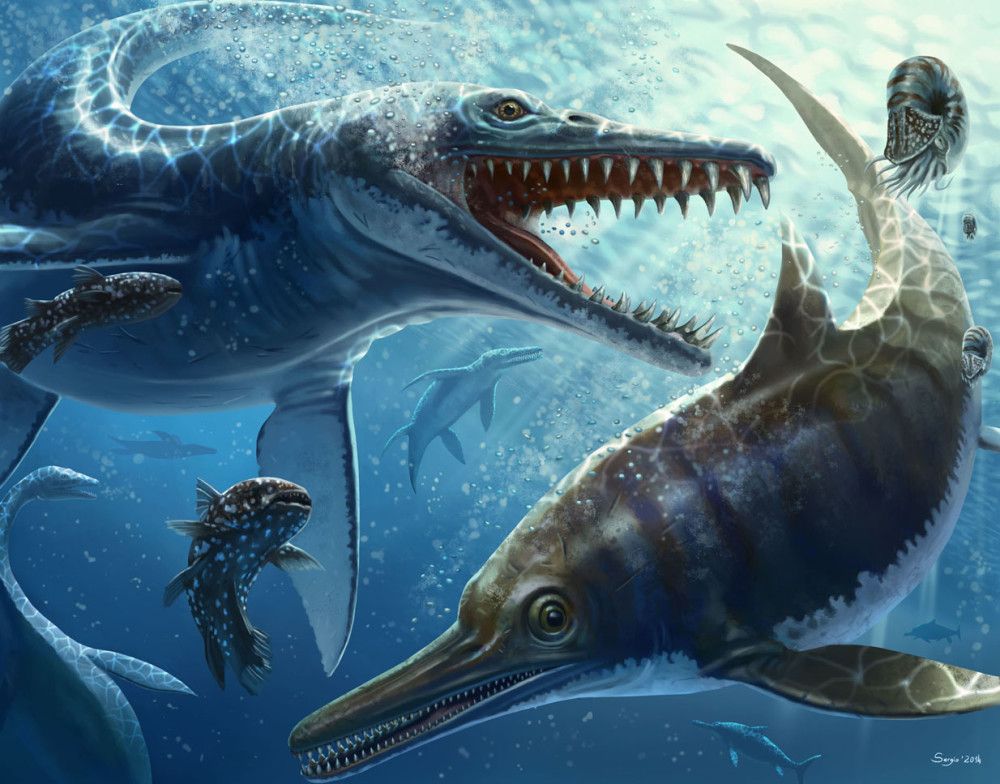 A new way of looking at marine evolution over the past 540 million years has shown that levels of biodiversity in our oceans have remained fairly constant, rather than increasing continuously over the last 200 million years, as scientists previously thought.

A team led by researchers from the School of Geography, Earth and Environmental Sciences at the University of Birmingham have used a big data approach to study this question, which has been disputed by palaeobiologists in recent years.

Using fossil data collected over the past two centuries, and compiled by hundreds of researchers in the Paleobiology Database over the last 20 years, the team was able to show regional-scale patterns of diversity across geological time from the so-called Cambrian Explosion - the point at which most major groups of animals started to appear in the fossil record - to the present day. Their results are published today in Science.

Dr Roger Close, who led the research, explains: "Studies of marine animal diversity over the last five-hundred-odd million years have historically focussed on estimating how "global" diversity changed through time. The problem is that the fossil record is not really global, because both the amount and the parts of the world that are actually preserved in the fossil record changes so much through geological time. This means that so-called "global" diversity curves are misleading."