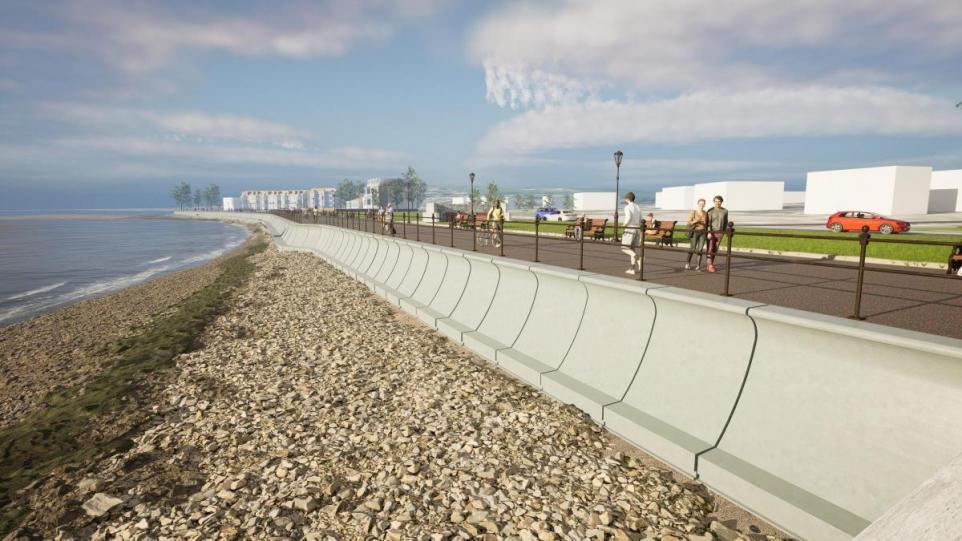 THE construction of the new sea wall for the north of Largs will cost £2.6 million. The council project to protect the town against climate change is designed to provide a sustainable lasting structure that will provide improved access to the beach.

The project will see the replacement of the existing seawall along the northern seaward section of the promenade in Largs Bay, between Aubery Crescent and the RNLI Slipway.

The existing 50-year-old structure protects the coastline from wave action and coastal erosion, as well as offering a barrier from the elements for shore side buildings.

However, recent inspections revealed that it is deteriorating and becoming increasingly unstable in places due to the battering all year round from the sea.

Aideen McFerran, senior associate for planning and Environment for agents RPS, who are acting on behalf of North Ayrshire Council, said: "The proposed works to the existing seawall are essential to ensure that this coastal defence system continues to provide optimum protection and support against wave activity and coastal erosion.

"The proposal also includes improvements to the promenade to improve accessibility and enhance the overall amenity value of the area.

"The proposed works comprise the construction of a replacement seawall, comprising the removal of existing steps, installation of a new precast concrete structure in front of and encapsulating the existing seawall, stepped access to the beach, scour protection, extension to and resurfacing of the promenade, new handrails and other associated works.

"The overall cost of the project is estimated at £2.6 million."