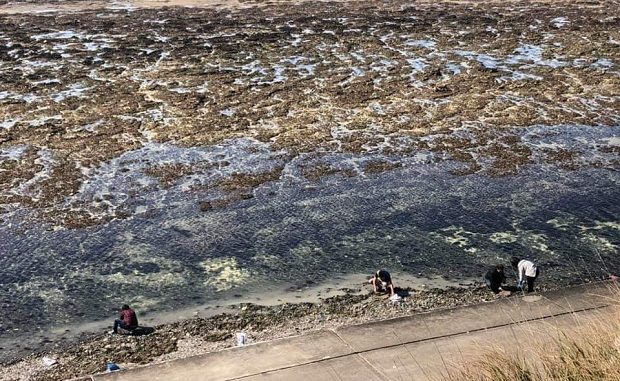 Thanet Coast Project is asking for information to help gauge the amount of commercial collecting and harvesting of shellfish that is taking place on isle beach areas.

It follows concerns raised of shellfish being taken in bulk from sites including Epple Bay, Westbrook, Westgate and Beresford Gap.

The collecting of shellfish is not illegal but there rules around bulk harvesting, the collection for public consumption and ensuring the chalk reef is not damaged.

Enforcement issues fall under the remit of a number of organisations including Gangmasters & Labour Abuse Authority for reports of large groups being used to make the collections: Thanet council environmental health for concerns the collection is being sold/used for food consumption; Natural England via Kent Police on 101 for damage to the chalk reef and the Kent & Essex IFCA for the collection of periwinkles by mechanical means (other than by hand), native oysters collection, or large scale cockle harvesting.