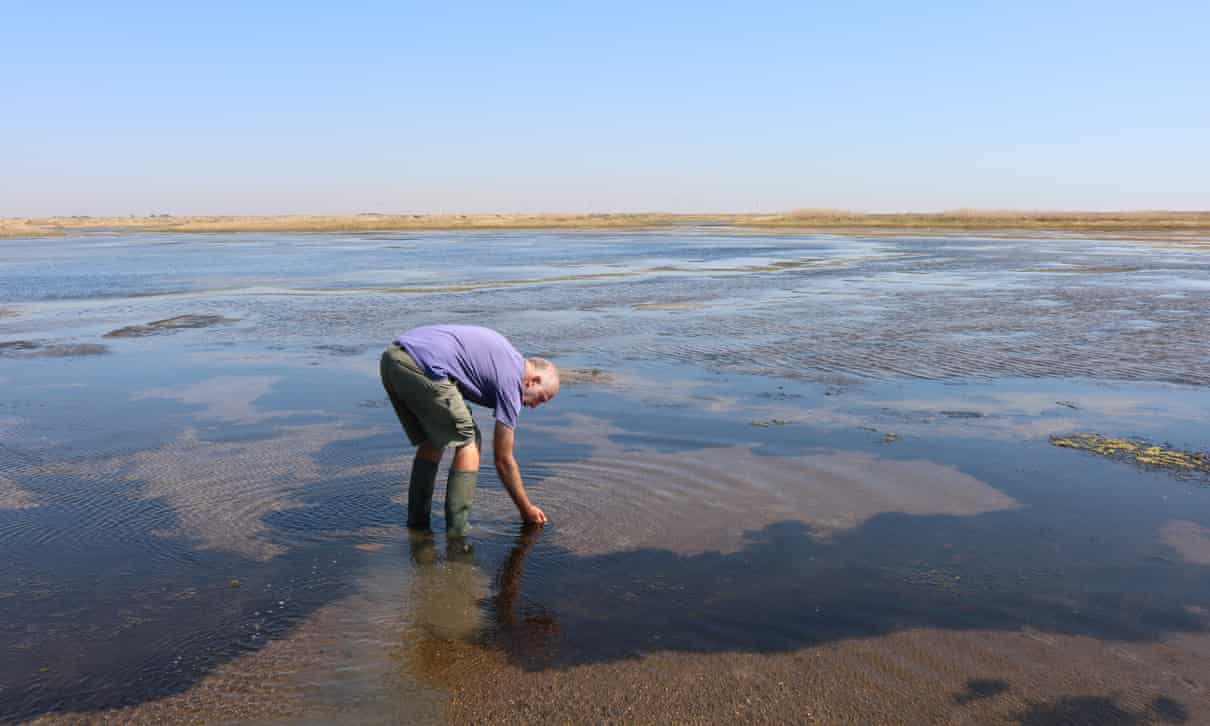 Made from Crossrail clay, Europe’s biggest coastal habitat restoration project is a valuable flood defence but is itself threatened by climate change

It is the third hottest day on record in the UK and the cool saline mud oozing through my toes provides welcome relief from the beating sun. I am standing barefoot in a shallow pool in Europe’s largest coastal habitat restoration project, Wallasea Island in Essex. The 670-hectare (1,656-acre) expanse of salt marshes, lagoons and mudflats was formed using more than 3m tonnes of London clay excavated from the Crossrail tunnel network, almost half of the waste material from the entire project.

In the heat, crowds of flamingos would not feel out of place, but the sweltering temperature is a gnawing reminder of how rising sea levels and the climate crisis will threaten the UK’s coastline. The problem is so grave that one Dutch government scientist has even proposed a 295-mile (475km) dam of the North Sea to protect large parts of western Europe.

But projects such as Wallasea Island Wild Coast are a far less expensive, natural alternative to managing the rising water. Salt marshes are natural buffers against the wrath of the sea – especially in storm surge conditions – dramatically reducing wave height and soil erosion, as mangrove swamps do in tropical regions. Salt marshes around the UK provide £1bn worth of coastal flood defences, according to one government report. Yet salt marshes themselves are also threatened if they cannot rise with the sea, as is the wildlife they support.

At Wallasea Island, Malcolm Ausden, a principal ecologist with the Royal Society for the Protection of Birds (RSPB), is sorting through the saline sludge in his green wellies. “Here’s one,” he says, pointing out a bright red non-biting midge larva in his sieve. While only a limited number of species thrive in the multicoloured mud, the shrimps, cockles, insect larvae and young fish species found in the water support thousands of birds throughout the year.

Avocets and little egrets wade in the shallows of the 22 lagoons and 67 islands in the project, which has been constructed on reclaimed farmland. Gulls, terns, plovers, buntings and many other species thrive in the Martian, treeless landscape, an unlucky few picked off by peregrine falcons, marsh harriers and kestrels. Hares sprint for cover in the grass meadows that border lagoons.