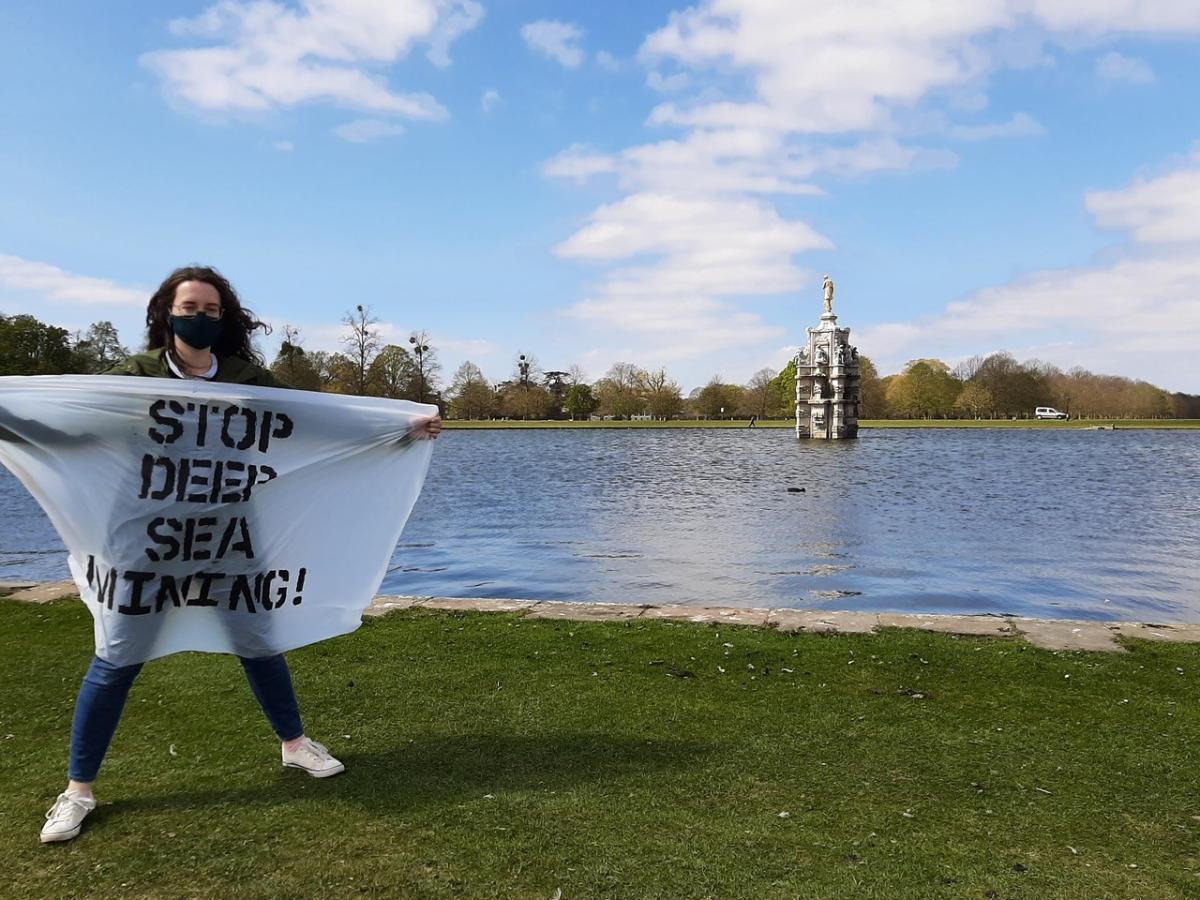 Activists with Greenpeace groups in Kingston and Richmond protested against government plans to promote mining in the Pacific Ocean this weekend (April 24-25).

Volunteers with the group held banners aloft in Teddington and Bushy Park, joining dozens of others across England in a day of coordinated action opposing plans backed by the UK government to rip minerals from the sea bed for industrial use.

Industry and states are currently exploring deep sea mining as a way to acquire valuable minerals like cobalt, but the plans are opposed by Greenpeace and other environmental groups who say they will damage ecology on the ocean floor.

A growing number of companies including Google and BMW are also skeptical.'

Katy was one of those protesting deep sea mining plans in Kingston and Richmond at the week.

"The deep sea might seem a world away from London, but in the year that the UK hosts the UN climate negotiations, we have a chance to prevent the needless destruction of our oceans," she said.

"We’re sending a message to the UK Government that they need to take ocean protection seriously, and end their support for deep sea mining."

Greenpeace said their campaign is ramping up, with hundreds of supporters had tweeted their opposition to the plans at Zac Goldsmith, the foreign office minister who was formerly an MP for Richmond Park.