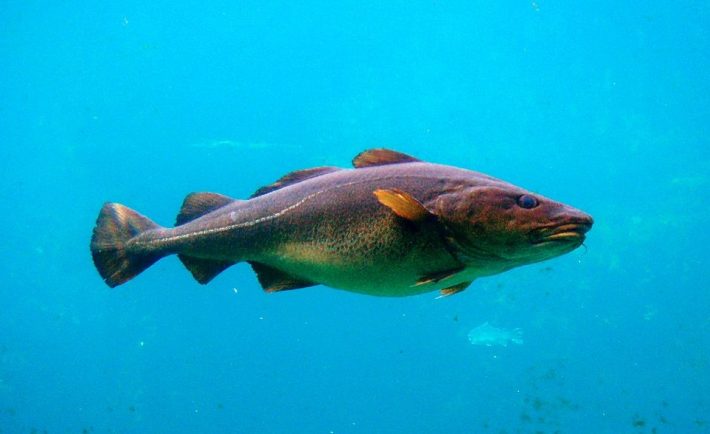 Researchers have found new evidence that global warming is affecting the size of commercial fish species, documenting for the first time that juvenile fish are getting bigger, as well as confirming that adult fish are getting smaller as sea temperatures rise.

The findings are published in the British Ecological Society’s Journal of Applied Ecology.

The researchers from the University of Aberdeen looked at four of the most important commercial fish species in the North Sea and the West of Scotland: cod, haddock, whiting and saithe. They found that juvenile fish in the North Sea and on the West of Scotland have been getting bigger while adult fish have been getting smaller. These changes in body size correlated with rising sea temperatures in both regions.

Idongesit Ikpewe, lead author of the study, said: “Both the changes in juvenile and adult size coincided with increasing sea temperature. Importantly, we observed this pattern in both the North Sea, which has warmed rapidly, and the west of Scotland, which has only experienced moderate warming. These findings suggest that even a moderate rise in sea temperature may have an impact on commercial fish species’ body sizes.”

In the short term, the findings may mean a reduction in commercial fishery yields, impacting an industry worth around £1.4 billion to the UK economy and one that employs over twenty-four thousand people, according to records from the House of Commons research library.

Our findings have crucial and immediate implications for the fisheries sector.