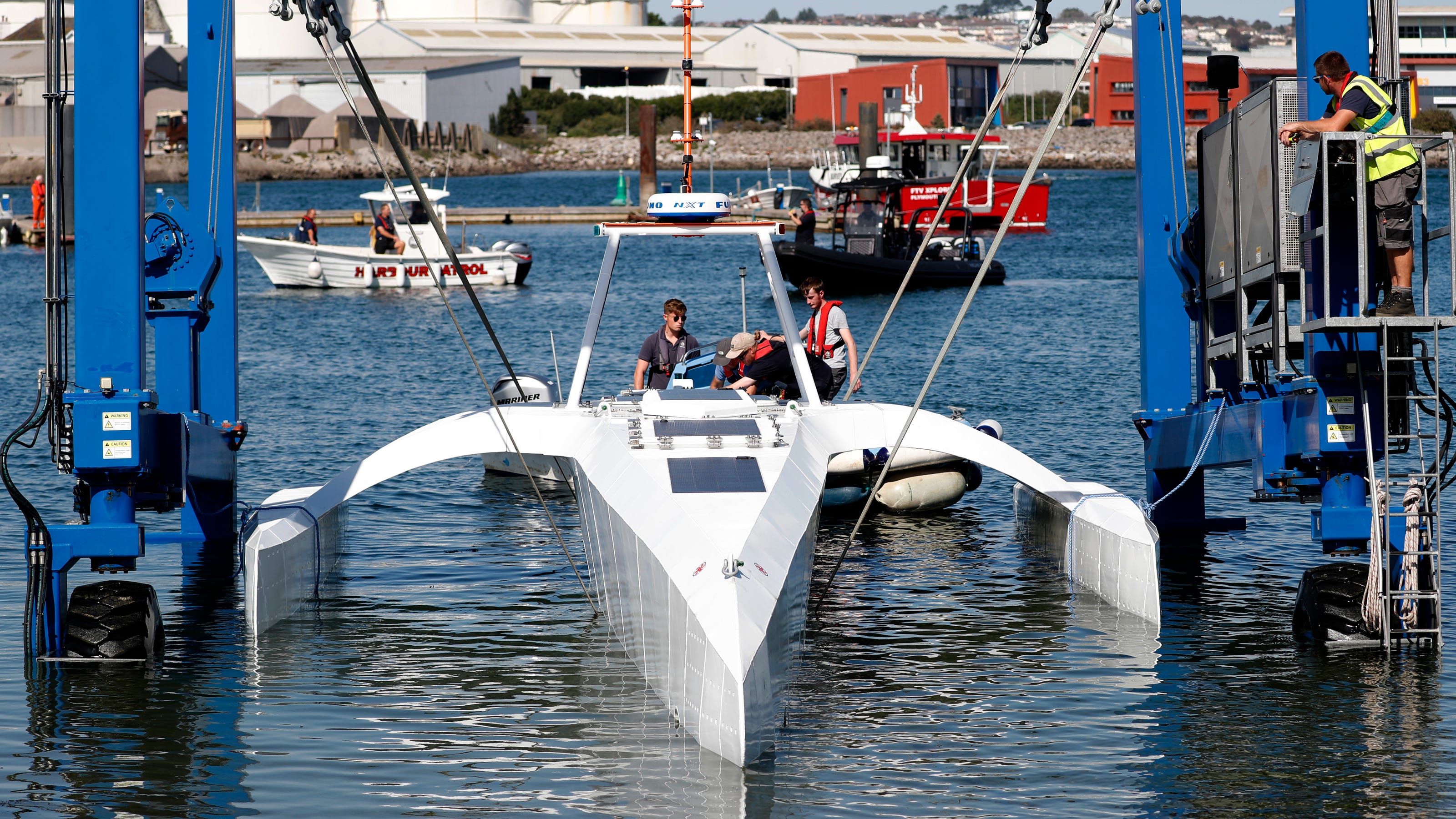 The "Mayflower 400", the world's first intelligent ship, bobs gently in a light swell as it stops its engines in Plymouth Sound, off England's southwest coast, before self-activating a hydrophone designed to listen to whales.

The 50-foot (15-metre) trimaran, which weighs nine tonnes and navigates with complete autonomy, is preparing for a transatlantic voyage.

On its journey, the vessel, covered in solar panels, will study marine pollution and analyse plastic in the water, as well as track aquatic mammals.

Eighty per cent of the underwater world remains unexplored.

Brett Phaneuf, the co-founder of the charity ProMare and the mastermind behind the Mayflower project, said the ocean exerts "the most powerful force" on the global climate.

Rosie Lickorish, a specialist in emerging technologies at IBM, one of the partners on the project, said the unmanned craft provided an advantage in the "unforgiving environment".

"Having a ship without people on board allows scientists to expand the area they can observe," she told AFP.

A variety of technology and service providers have contributed to the project with hundreds of individuals involved from nations including India, Switzerland and the United States, said Phaneuf.