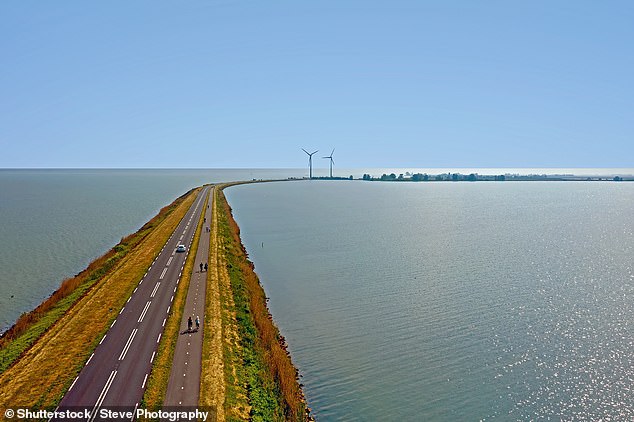 UK - Erecting Dutch-style dykes along a third of Europe's coastline could prevent 83 per cent of projected flood damage from rising sea levels by the end of the century, study shows

Erecting Dutch-style dykes along a third of Europe's coastline could prevent over 80 per cent of projected flood damage from rising sea levels, a study has found.

Europe is expected to face as much as 3.3 feet of sea level rise by 2100 — presenting serious challenges for the 200 million people who live within 31 miles of the coast.

The researchers found that the ultimate benefits of erecting dykes would outweigh  the costs for a quarter of the UK coast under 16 inches of sea level rise.

This would rise to a third of the UK coastline if water levels rose instead by 3.3 feet.

Such protections would cost between £456–627 million annually, compared with the average £359 million in coastal flood damages the UK presently faces each year.