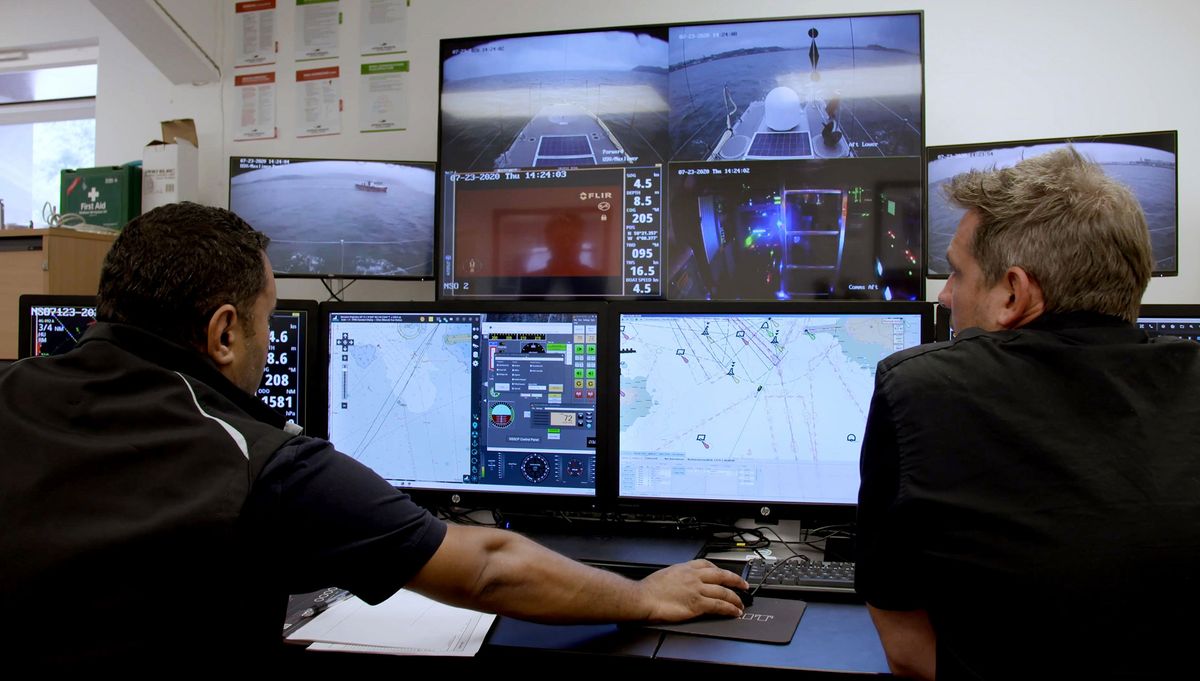 On July 24 a 40-foot-long boat called Maxlimer set out from the port of Plymouth on the southern coast of England, steering southwest out of the English Channel into the open ocean.

The unmanned vessel, guided by pilots at a computer onshore, carries sonar that sends out an average of 10,000 sound pulses per hour to chart the topography of the ocean floor. The goal of the boat’s three-week journey was to put together for the first time a detailed map of about 600 square miles of Europe’s continental shelf, the place where the ocean floor plunges from a few hundred feet beneath the surface to several thousand.

As the Maxlimer’s sonar pings bounced off the seabed, scientists around the world took turns listening for alarms indicating gales, approaching ships, or problems with the vessel’s sensors. The Maxlimer, whose bullet-shaped hull looks like a submarine that’s just surfaced, had never spent this long a time in such a harsh environment, and researchers fretted a storm might hobble it, says Neil Tinmouth, 37, chief operating officer of Sea-Kit International Ltd., the company that builds the £1.3 million ($1.7 million) boats. “We wanted to push the limits,” he says, “to do operations in open oceans where you don’t know what you’re going to encounter.”

Sea-Kit is at the forefront of accelerating efforts to map the ocean floor, a terrain that’s less understood than the surfaces of the moon or Mars. Only 20% of the seabed has been mapped, and an atlas would boost efforts to find everything from minerals used in electric cars and mobile phones to new species. The Seabed 2030 project worked with Sea‑Kit on the voyage, getting data for its mission to map the ocean floor in the next decade and ultimately make the data freely available. The initiative comes as the United Nations’ International Seabed Authority drafts a framework to allow deep-ocean mining, which may come into effect next year.