International
via Port of Southampton 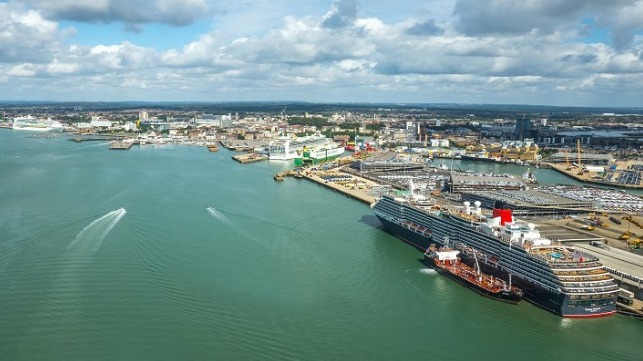 The cruise industry is moving forward aggressively with its plans for a resumption of UK cruises after the government’s recent announcement that it was targeting mid-May to reduce COVID-19 related restrictions including the resumption of domestic travel.

The cruise lines hailed the government’s decision which led to four cruise lines releasing cruise schedules with others expected to follow.

A week ago, the UK’s Minister for Aviation and Maritime, Robert Courts, said that the cruise industry would be included as part of the resumption of domestic tourism and indoor hospitality. The minister said the earliest date for the resumption would be May 17. The government’s Global Travel Taskforce is expected to provide further details and guidance on the policies in mid-April.

The cruise lines, however, have decided to proceed with the announcement of their programs with some beginning to accept reservations or register interest from travelers. It is expected that the cruises will be limited to UK residents and the ships will not be permitted to call at any international, or even possibly domestic, ports. Health and safety protocols will remain in place but it is uncertain if the government will require a vaccine mandate. With the UK’s current pace for its inoculation programs it however is likely that people will have had the opportunity to receive a vaccination before the cruises begin.

The reopening of the UK cruise market even on a limited basis represents a milestone for the industry. In 2019, the UK was the third largest source market for passengers with nearly two million people taking a cruise according to the industry trade group Cruise Lines International Association. The average age of the UK passengers was 57 years and while they traditionally took longer cruises averaging 10 days, the cruise lines believe the opportunity even for short at sea escapes will appeal this summer.