International
The cliffs in Happisburgh are eroding at an alarming rate (Image: Getty Images) 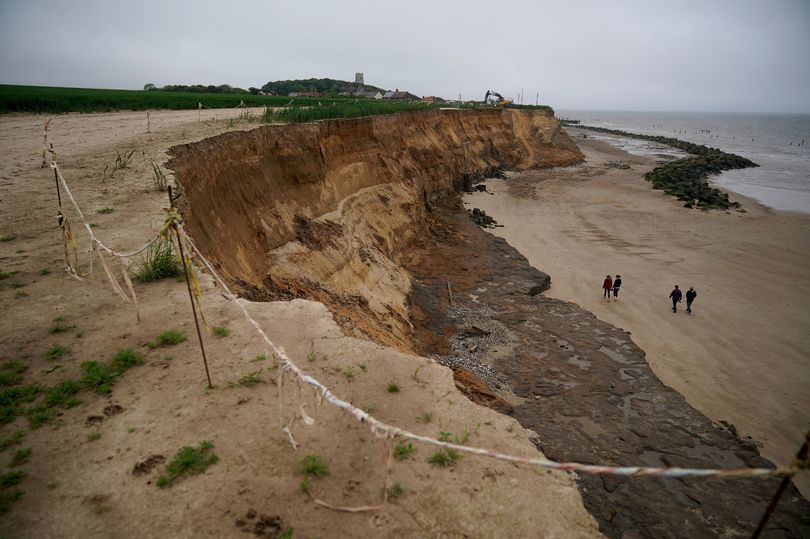 The homes will be purchased for at least £100,000 by the local authority

Homeowners who face losing their properties to coastal erosion could see their houses bought from them for at least £100k by their local authority. North Norfolk District Council (NNDC) is expecting to pay out hundreds of thousands of pounds to people who will be forced to give up their homes before they fall into the sea.

The policy is being drawn up as part of a series of measures intended to help communities adapt to the changing coastline. NNDC’s cabinet agreed on Tuesday that there will be “exceptional circumstances” where it will have to spend more than £100,000 on buying land and buildings.

Any purchases will have to be agreed by two senior councillors and two top-level council officials. Further details will be discussed at the next cabinet meeting.

The move has been agreed as part of the Coastal Transition Accelerator Programme (CTAP), a £36m government-backed project to assist villages in north Norfolk that cannot be sustainably defended from erosion. Funding is being made available from the Environment Agency for NNDC, as well as the East Riding of Yorkshire Council. The two areas have been identified as having the highest numbers of at-risk shoreline properties in England.

The CTAP project is expected to run until March 2027. Rob Goodliffe, the CTAP programme manager at NNDC, said it would take some time to “get the ball rolling” on various projects but warned people were facing an “immediate” need.

He said: “The report also asks to provide some initial support for those individuals and businesses to explore areas where they need help. This is a great opportunity for us to put the right things in place to help our coastal communities where we are not going to be able to protect in the future but also provide that learning which will help government policy.”

The cabinet also agreed to submit a business case to secure the funding from the Environment Agency by the end of March. Campaigner Malcolm Kerby, who has been involved for two decades with Happisburgh’s Coastal Concern Action Group, said he was delighted the CTAP was moving forward.

However, he argued the 2027 end date for the project was too far off, and that homeowners needed help to move sooner. He said: “I think it is a small step in the right direction. We cannot have defences in these areas because they are in a site of special scientific interest.

“I’m just delighted that [central government] is beginning to join with us in the real world. We need to lay the right foundations in terms of policy now for the future.”