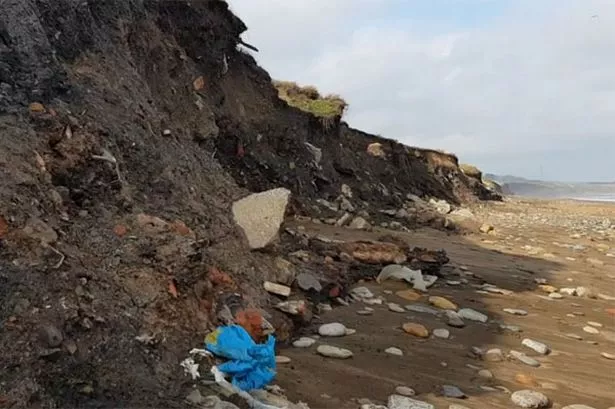 As an island nation the UK has the largest coastline in Europe of 17,381km and is surrounded by four water bodies (Atlantic ocean, North Sea, Irish Sea and English Channel). For this reason, 28% of the UK’s coastline is vulnerable to coastal erosion as climate change has accelerated rising sea levels and increasingly hazardous weather.

If this wasn’t enough of a concern, there are approximately 20,000 historical landfills in England and 1,215 of these are located in coastal settings within the tidal flood zone (0.5% annual probability of coastal flooding). Of these, 79 are at risk of erosion by 2025 if not defended. These coastal landfills contain a range of waste types from domestic, commercial and industrial waste, to hazardous and liquid sludge.

Historical coastal landfills are associated with environmentally sensitive areas as they were located on cheap land prone to flooding and took waste from local populated areas. In turn, landfills are close to estuaries, industrial centres and major cities, where there is growing concern that coastal erosion will release harmful contaminants into the environment harming people, local habitat and property prices.

The disposal of solid and hazardous waste in landfills was common practice from the 19th century when there was no regulation. Waste was disposed of in sites with no impermeable lining, no leachate or gas monitoring and limited reporting of waste types. As a result, these landfills rely on natural attenuation through surrounding soils and sediments to disperse and dilute the leachable contaminants and so reduce pollution impact on surface and ground waters. In more recent decades waste disposal permits were introduced in 1974 with the Control of Pollution Act (CoPA) and these now ‘historic’ landfills have closed. Yet, the contaminated material they contain still remains.

Coastal landfills are susceptible to erosion if they are not adequately maintained as rising sea levels and hazardous weather accelerate. The majority of coastal landfills are protected through Shoreline Management Plans (SMP) produced by Local Authorities in conjunction with the Environment Agency. When identifying the most sustainable approach to managing the risks of flooding and coastal erosion, they consider three different epochs: Short-term (0 to 20 years), medium-term (20 to 50 years) and long-term (50 to 100 years). SMPs can involve active defences such as seawalls or more natural defences such as beaches and dunes. The four most commonly used SMP policies are:

1) Hold the line: An aspiration to build or upgrade artificial defences to maintain the current shoreline.

3) Managed realignment: Allowing the shoreline to move naturally, but managing the process to direct it in certain areas. This is usually done in low-lying areas, but may occasionally apply to cliffs.

4) No active intervention: “There is no planned investment in defending against flooding or erosion, whether or not an artificial defence has existed previously”.

There are drivers in choosing how to defend an historic landfill. In the UK a key requirement is that the landfill should not breach statutory water quality standards and changes in chemistry would be particularly impactful as approximately 30% of landfills are close to environmentally sensitive estuarine and coastal habitat.