International
Sea levels around Britain are likely to rise by around 115cm by the end of the century, the Met Office says 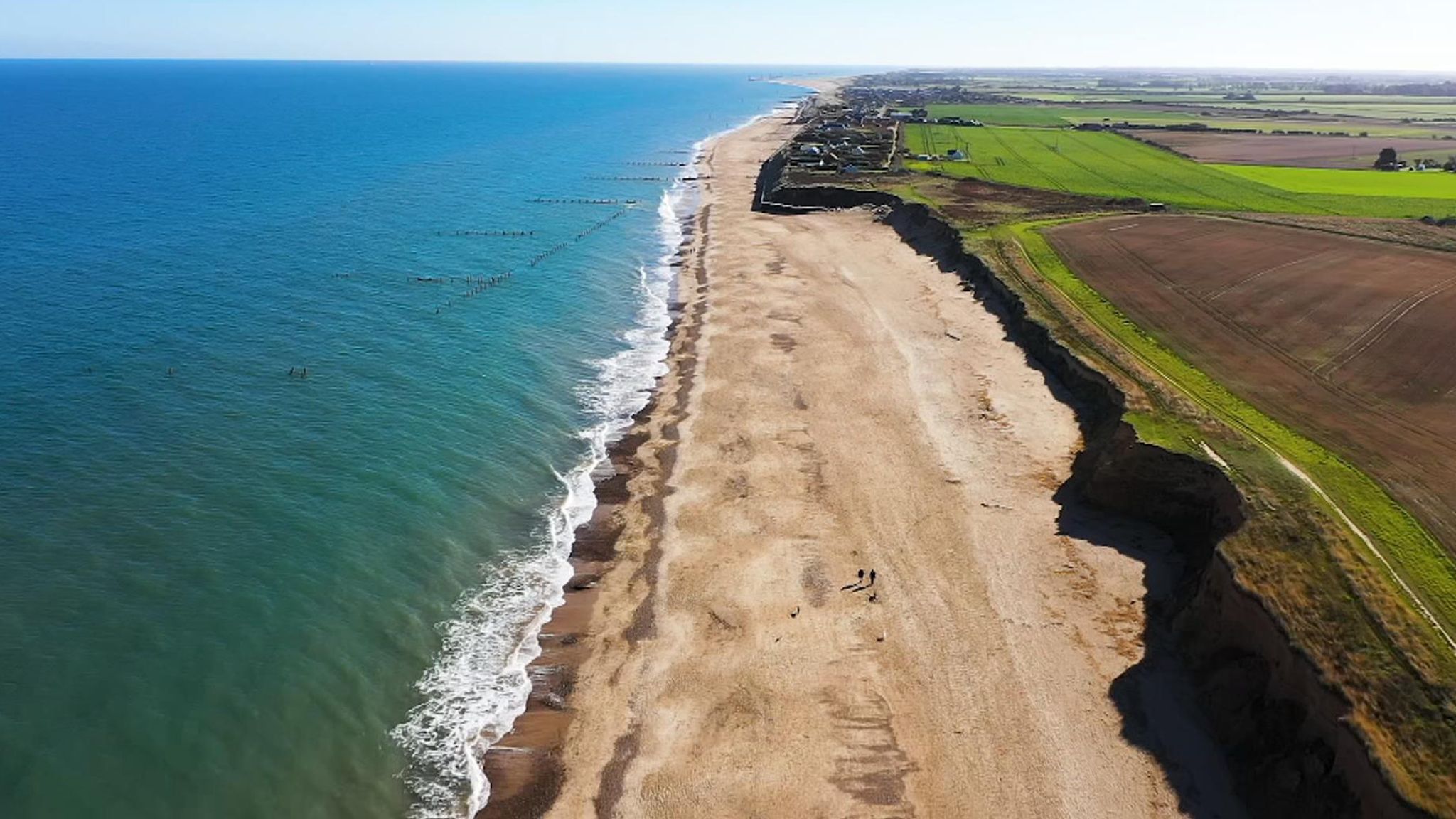 Some 200,000 properties in England could be vulnerable to rising sea levels by 2050, but fewer than 35,000 have been officially recognised as at risk.

People living on Britain's coast are not being warned of the serious risks they face from rising sea levels, a world expert has told Sky News.

Professor Jim Hall, who is on the prime minister's Council for Science and Technology and internationally recognised for his work on climate risks, said some coastal communities would disappear in the coming decades.

But little help is being given to existing homeowners to move inland and people buying properties are unaware of their financial gamble.

He said holding back the sea along the entire coastline would be too expensive and the government should instead have an "honest conversation" with coastal communities.

"I don't think people really recognise the way in which things are going to change in the future," he said.

"The price of coastal property is not reflecting the risk to which people are exposed.

"Now maybe if people are moving to the coast for their retirement, they are there for a limited amount of time and it's a perfectly rational thing to do.

"But we can't expect coastal properties to be there forever."

According to the Met Office, sea levels around the British coast are likely to rise by around 115cm by the end of the century.

But some scientists say the predictions are too conservative and that accelerating rates of melting of mountain glaciers and the polar ice caps will result in much bigger rises.

When combined with storm surges, the higher water will flood inland and undercut cliffs, causing them to collapse.