International
Map showing location of phases 1a and 1b of CGG’s OBN survey in the UK CNS. via CGG Multi-Client 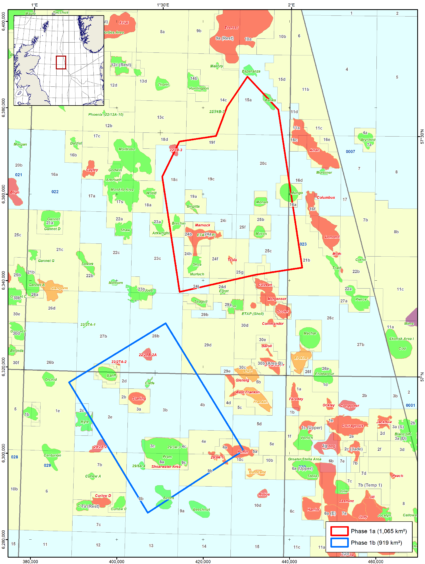 CGG has announced the completion of the first phase of its largest ever seafloor survey in the UK central North Sea (CNS).

The Paris-headquartered geophysical services company kicked off the multi-client seismic survey shoot, partly funded by BP, in March, with first images targeted for the first quarter of next year.

It is now immediately pushing on with the second acquisition phase of the project.

CGG said the CNS is a “highly prospective” region of the UK Continental Shelf and its work has already received “significant industry interest” and prefunding.

Recent discoveries, including Glengorm and Isabella, mean there is an increasing focus on the deeper, higher risk Jurassic and Triassic plays, which are typically under high pressure and high temperature conditions.

But CGG’s new survey, together with its OBN processing and advanced imaging technologies could provide a step-change in seismic image and reservoir characterization quality.

It’s hoped that may help to de-risk these plays and aid continued development of existing fields in the CNS region.