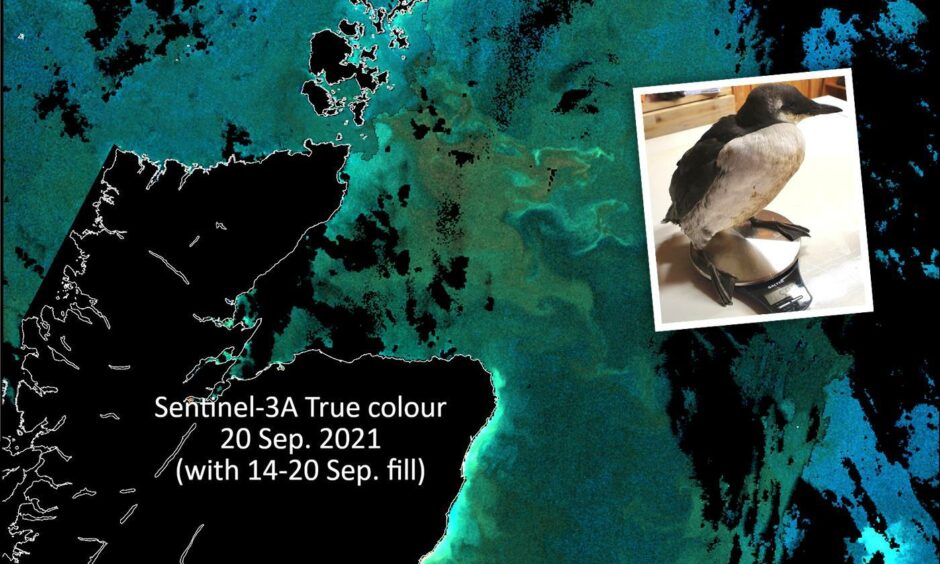 Blooms of toxic algae in the North Sea are being investigated as one potential cause behind the “dreadful” death of thousands of seabirds along the east coast.

Since August, beach-goers have come across alarmingly high numbers of dead or dying seabirds, mostly guillemots, all the way from Northumberland to Orkney.

Many of the birds have been severely underweight and emaciated, and those that have survived and been taken to wildlife rescue centres have had a very high mortality rate.

Although a number of possibilities have been put forward to explain the mass die-off, including lack of food, disease, severe weather events and pollution, there is not yet a consensus on the precise reason to explain the mystery.

However, scientists are hard at work investigating the situation to find an answer.

How could algae potentially result in mass seabird deaths?

As part of these efforts, the UK Centre for Ecology and Hydrology (UKCEH) research institute is assessing the possibility that a major bloom of algae could be a culprit.

In September, a huge patch of algal blooms was detected by satellite off the north-east coastline.

Although this bloom has now stopped, some hypothesise it could have potentially resulted in toxins entering the food chain, and harming seabirds like guillemots.

Paul Walton, head of habitats and species at RSPB Scotland, said: “One possible factor is blooms of toxic algae.

“But some species are toxic if they undergo major blooms and makes shellfish inedible for humans on occasion.”

Mr Walton explained the large algal blooms detected have been where some key seabird feeding hotspots are located.