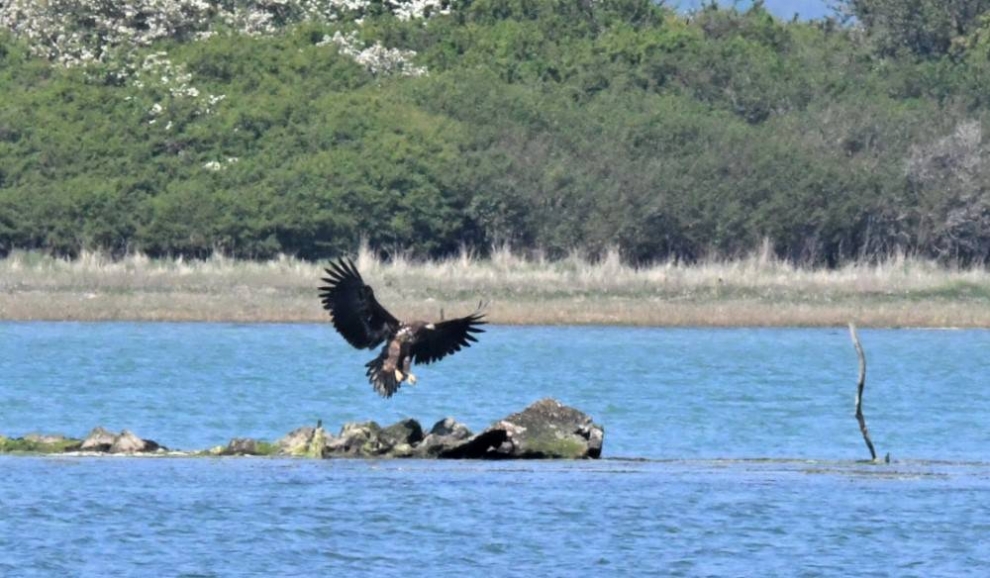 A further 12 white-tailed eagles have been released on the Isle of Wight in the next stage of one of England’s landmark conservation projects.

Begun in 2019 the project, led by Forestry England and the Roy Dennis Wildlife Foundation, is closely monitoring these iconic birds as they successfully return to the English landscape.

The project, based on the Isle of Wight, released 6 birds in 2019 followed by a further 7 last year. Evidence from similar reintroductions suggests that the rate of survival to breeding age is around 40%. 10 of the 13 birds previously released have survived and are doing well.

White-tailed eagles are Britain’s largest birds of prey with a wingspan of up to 2.5 meters and were once widespread across England until human persecution wiped them out. The reintroduction project is bringing them back after an absence of over 240 years by releasing up to 60 birds over 5 years. It aims to establish an initial population of 6 to 8 pairs with breeding activity not expected to start until 2024 at the earliest.

Each bird is fitted with a satellite tracker to enable the team to monitor and track their progress. 3 years into the project, this data and considerable field observations are showing encouraging signs of the birds developing key skills and improving their understanding of the landscape around them.

As expected, the previously released birds have explored widely, taking many journeys across Britain as they build up their knowledge of the landscape. 1 bird released in 2020 crossed the English Channel earlier this year and has since spent time in France, The Netherlands, Germany and Denmark.

However far the birds travel, the tracking data clearly shows that the birds consistently return to the Isle of Wight, their release point. This means they see the Island and the surrounding coastline as their home and is an encouraging indicator for potential successful breeding conditions in the future.