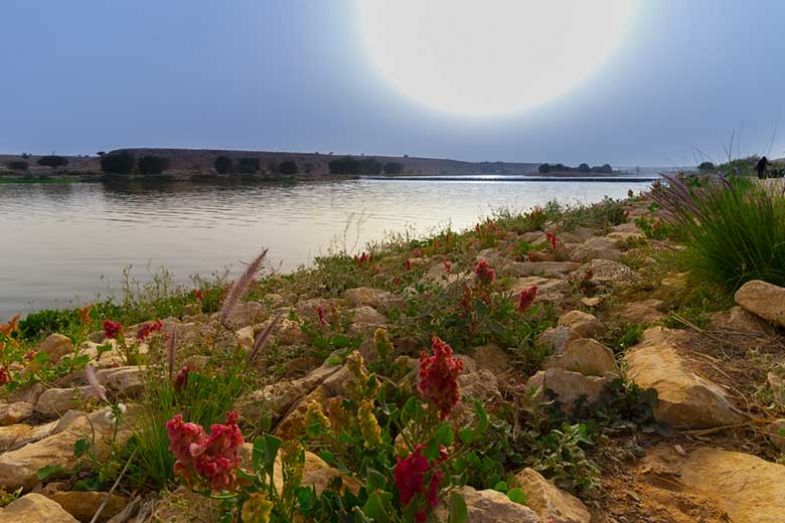 For up to 10 months of the year, the lowlands of Abu Dhabi are under water. The fast-expanding capital of the United Arab Emirates is not the only city in the region that struggles with rising groundwater levels. The ponds that develop can be several square kilometres in area and up to 7m in depth.

“This is a common problem in many cities, such as Riyadh in Saudi Arabia, Kuwait City, and other cities in the Gulf,” explains Mohsen Sherif, a professor in the Civil and Environmental Engineering Department and Director of the National Water Center (NWC) at the United Arab Emirates University (UAEU). “It depends on the geological conditions of the area and whether they allow irrigation water to penetrate into the aquifer.”

This is the problem that the researchers of the NWC and experts from Abu Dhabi Municipality have been investigating to resolve. The NWC is part of the UAEU and specialises in groundwater, surface water, desalinated water, treated waste water, and environmental issues. It conducts multidisciplinary research and offers consultancy services to government and industry.

Water is one of the UAE’s priority areas because, even though it struggles with rising groundwater levels, it is a water-stressed country. Groundwater accounts for the majority of its water supply, with the rest coming from desalination plants or treated waste water.

However, the rising groundwater that is the source of Gulf cities’ pooling water is caused by irrigation and possible leakage from water networks. These accumulate above some impermeable soil layers so are not reaching the aquifer. In addition, the problem is aggravated in the coastal areas where the shallow aquifer is noticeably thin and the bedrock is shallow and impermeable, says Abdel Azim Ebraheem, a water resources adviser at the NWC and a former consultant with the Ministry of Environment and Water. “This is mainly happening in the coastal areas.”

Water used to irrigate neighbouring agricultural land or green areas in the city percolates down through the topsoil but hits an impermeable layer of clay. The excess water accumulates on top of this layer over time – helped by sporadic and often heavy rainfall – until it begins to form large ponds above the surface.