International
Credit: The Public Investment Fund. A photo rendering of The Rig and planned attractions. 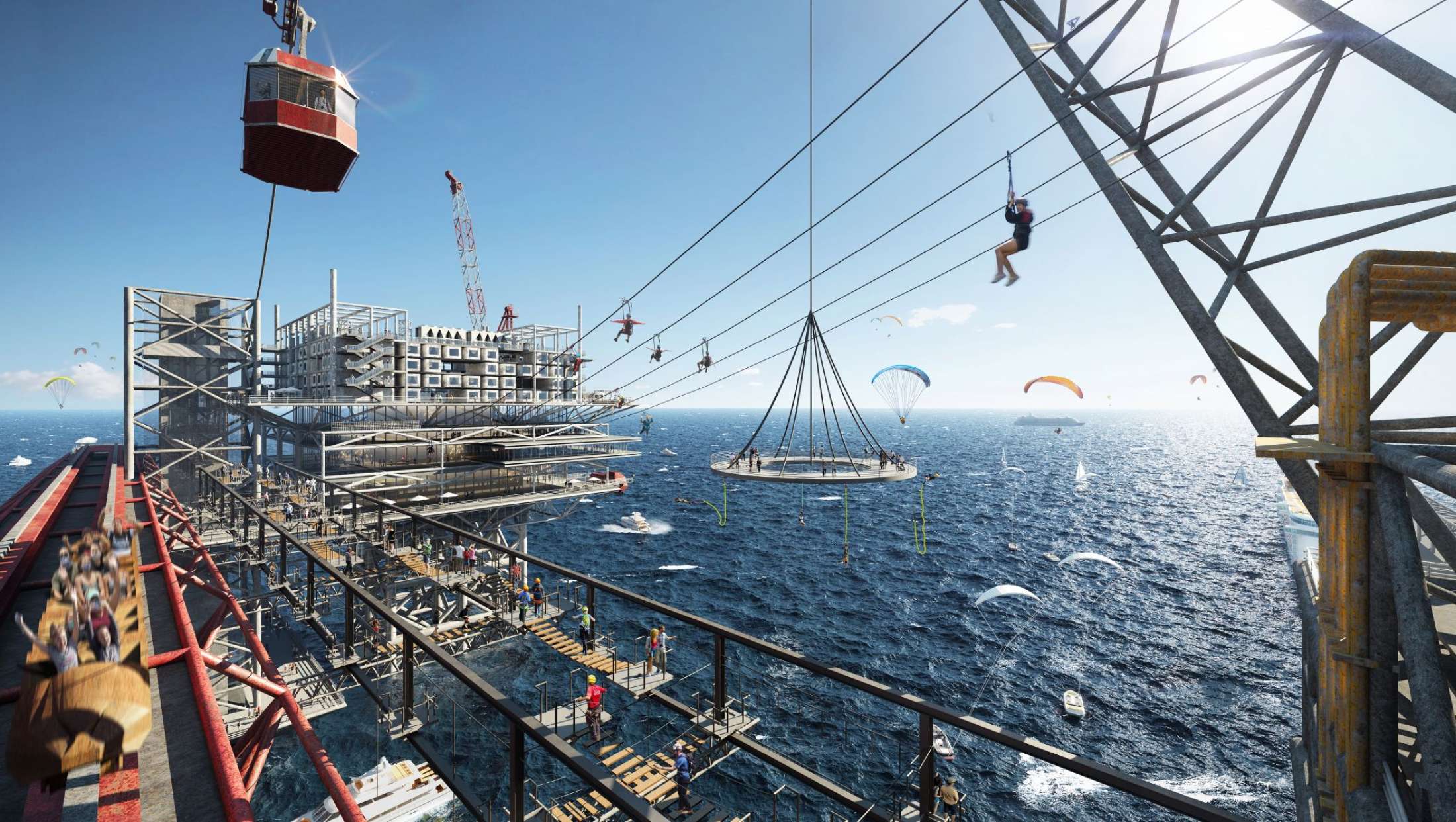 SA - Would you take a trip to this amusement park on offshore oil platforms?

(Saudi Arabia) A planned outdoor adventure park of sorts adds a global tourism twist to traditional oil and gas infrastructure. On Friday, the Saudi Arabian Public Investment Fund (PIF) announced a project dubbed "The Rig," and the name is seemingly a semantic nod towards the undertaking's overall design.

In a press release about the project, the PIF described the installation as the "world's first tourism destination on offshore platforms."

Encompassing more than 150,000 square meters of total area, the attraction will be situated in the Arabian Gulf, according to the press release, and "provide a multitude of hospitality offerings, adventures, and aquatic sporting experiences."

Renderings of The Rig feature pools, ziplines, water slides, a Ferris wheel and other attractions atop multiple drilling platforms. Aside from these offerings, the site will also boast three hotels, helipads and restaurants as well as "a range of adventurous activities, including extreme sports," the release said.

The PIF expects the project to be a "significant value-add to the local economy" and draw tourists from around the globe.

The Public Investment Fund (PIF) announced today the launch of “THE RIG.”, a new tourism project. Inspired by offshore oil platforms, “THE RIG.” will be located in the Arabian Gulf and will span a combined total area of more than 150,000 square meters and provide a multitude of hospitality offerings, adventures, and aquatic sporting experiences.

“THE RIG.” is a project in the tourism and entertainment sector, one of PIF’s key strategic sectors, and is expected to be a significant value-add to the local economy. Additionally, to ensure the sustainable preservation of the environment in the project’s vicinity, the project will follow leading global standards and best practices, further supporting the Kingdom’s broader efforts on environmental protection.

This project is a unique tourism attraction, expected to attract tourists from around the world, while being especially popular with citizens and residents of the GCC countries in the region.

“THE RIG.” will feature a number of touristic attractions, including three hotels, world-class restaurants, helipads, and a range of adventurous activities, including extreme sports.

“THE RIG.” is in line with PIF’s strategy 2021-2025 to drive innovation in Saudi Arabia’s tourism and entertainment sectors, providing promising development opportunities to achieve economic diversification in line with the Saudi Vision 2030 objectives.

To support Saudi Arabia’s efforts to become a leading global tourist destination, PIF has established several major projects and companies in various regions within the country, including the Red Sea Development Company, Alsoudah Development Company and the Cruise Saudi Company.