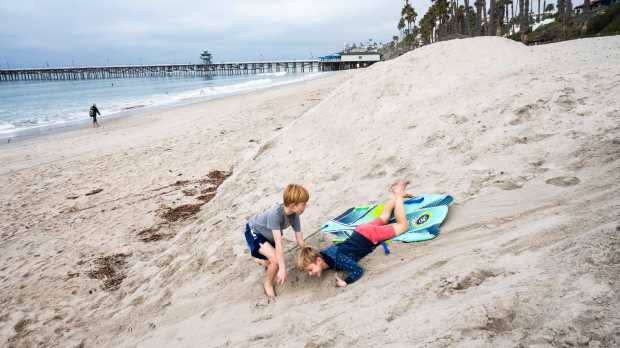 One of the city’s most popular Gulf-side destinations — and one still bearing the damage of Hurricane Harvey — is on its way to being shored up against the next storm.

Set to launch Monday, the multimillion-dollar project is slated to reconstruct and restore portions of Packery Channel — an attraction that draws an array of anglers, surfers and beach loungers.

The upcoming work was marked Friday with a ceremonial groundbreaking along the channel’s walkway, featuring U.S. Sen. Ted Cruz and U.S. Rep. Michael Cloud as the highest profile among the event's speakers.

Local officials have cited the congressmen as playing integral roles in helping secure funding for the project. About $13.5 million of the $15 million project comes from federal emergency funds.

Cruz in his remarks described a group effort among the agencies and political subdivisions.

The remaining $1.5 million needed for the project will be backed through revenue generated by a voter-approved tax increment zone, collected and reinvested on Padre Island.

The restoration work — expected to target the channel’s infrastructure and walkways damaged with Harvey's approach — will take an estimated 18 months to complete.

Resilience will be built into the plans, according to officials.

“The $13.5 million that the federal government is committing to this, the $1.5 million we’re putting in there — we get that next inevitable storm come through, and this channel should survive without having to go back to the till again,” said City Councilman Greg Smith, who represents Padre Island.