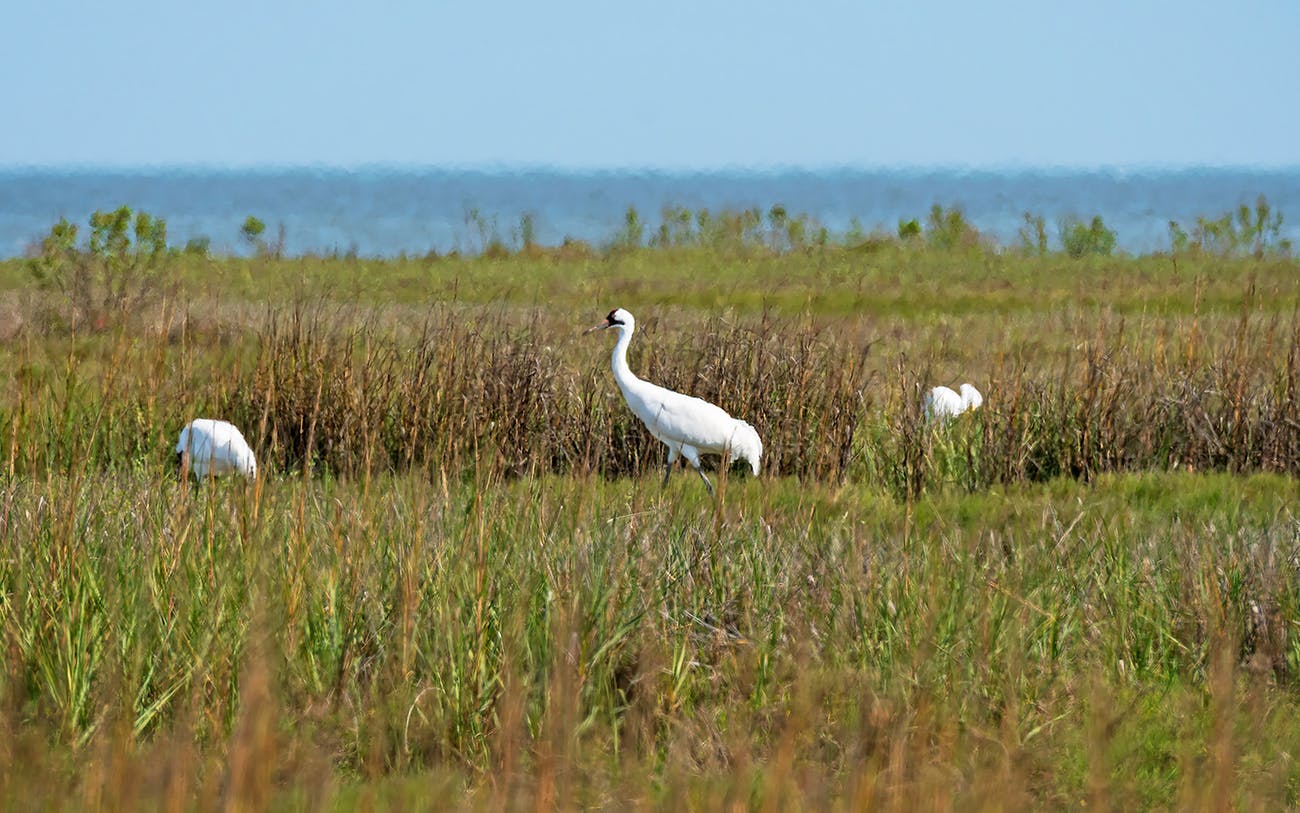 One of the rarest birds in North America is making a comeback.

WHO: Two pairs of whooping cranes, one of the world’s most endangered birds.

WHAT: The animals are laying eggs in Texas—on private land in Jefferson and Chambers counties, east of Houston—for the first time since the late 1800s.

WHY IT’S SO GREAT: Every fall, the world’s last self-sustaining migratory flock of wild whooping cranes descends on the marshes of the Aransas National Wildlife Refuge. One of only two crane species native to North America, the whooping crane is the continent’s tallest and rarest bird: five feet high with crisp white feathers, a red-capped head, and a ratcheting, mournful call. The wild flock’s 506 birds spend the winter in the 115,000-acre refuge, fattening up on blue crabs, clams, and fish, before traveling back to northern Canada to breed.

Birders from across the globe travel to Port Aransas every winter, seeking a rare chance to see whoopers and other migratory species. There’s even a Whooping Crane Festival each February (though it was scuttled this year due to the pandemic). But until now, the birds were just passing through. As the U.S. Fish and Wildlife Service announced this week, two pairs of whooping cranes are nesting in Texas for the first time in more than a hundred years.

These four birds aren’t part of the Aransas flock; instead, they’re from a nonmigratory population that was reintroduced to Louisiana’s White Lake Wetlands Conservation Area in 2011. They’ve built their nests on private land in Chambers County, roughly an hour east of Houston and four hours northeast of the Aransas refuge. For environmentalists, their presence is a hopeful sign that the endangered species is making a comeback.