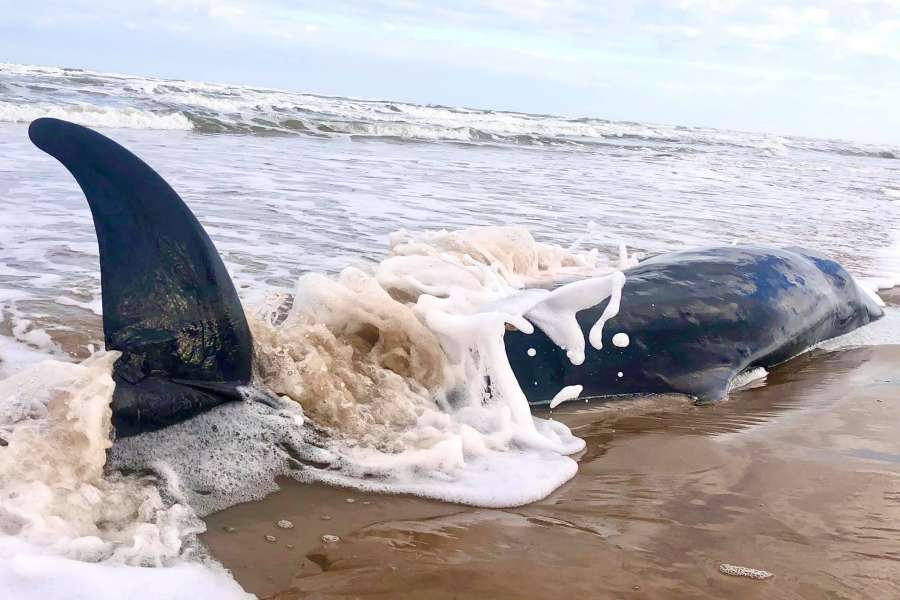 Sea turtles and fish weren't the only species washing ashore last week. A rare and uncommon pygmy sperm whale was found along the shore at Padre Island National Seashore on Sunday.

Beachgoers reported the sighting to officials at the national park where an investigation is currently underway, Dustin Baker with PINS said.

Baker said they currently do not know the cause of death or if the Texas winter snowstorm was the culprit.

Baker said it is not a common occurrence for a pygmy sperm whale to wash ashore at PINS. He noted whales have been seen on the shores in the past, but stressed that it's not something that happens often, by any means.

Weirdly enough, SFGATE also reported a dead pygmy sperm whale washed up at North Salmon Creek Beach in Sonoma County on Sunday. An investigation is underway to determine the cause of death.

According to the National Oceanic and Atmospheric Administration, pygmy sperm whales are found in temperate and tropical seas worldwide. They look very similar to dwarf sperm whales, making it very difficult to distinguish between the two species in the field. Little is known about both species because of limited information, and they are considered rare.