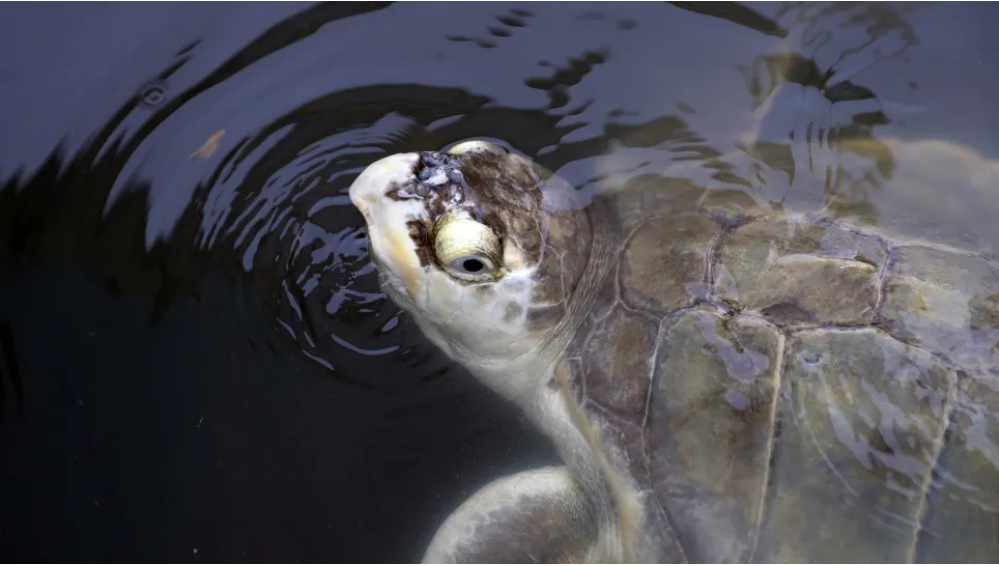 The abnormally cold temperatures in Texas aren’t just affecting people. They’re also causing sea turtles to freeze up in the ocean, leaving volunteers scrambling around-the-clock to save thousands of the creatures washing up on the Gulf Coast.

Each year, volunteers can expect to rescue some turtles through a few cold snaps, but this year is something else. Temperatures dropped big time this week as Texas is in the midst of a historic freeze, which spelled trouble for the turtles. As of Monday evening, Texas Fish and Wildlife reported that nearly 2,000 cold-shocked sea turtles had been rescued–the majority along the Lower Laguna Madre lagoon on the Texas coast.

Turtles are reptiles, meaning that they can’t regulate their internal body temperature. When it gets really cold, they get really cold, too. The waters along South Padre Island, a slim barrier island that hugs the southern Texas coast along the Gulf of Mexico, and the nearby Laguna Madre are normally balmy enough to keep turtles native to the region active. Among the species that roam the normally temperature waters are endangered green sea turtles.

But when temperatures drop below 50 degrees Fahrenheit (10 degrees Celsius), sea turtles can’t cope. They become hypothermic, stop swimming and float to the surface. Cold stunned sea turtles like this are especially vulnerable to accidents from boats, shock, or predators–and often need to be rescued by humans and given a place to warm up.

“We’re undergoing one of the largest cold stun events the island has seen in more than a decade,” Wendy Knight, the executive director of the nonprofit turtle rescue Sea Turtle, Inc., which works hand-in-hand with Texas Fish and Wildlife to rescue and rehabilitate the turtles, said in a video posted to Instagram Monday.